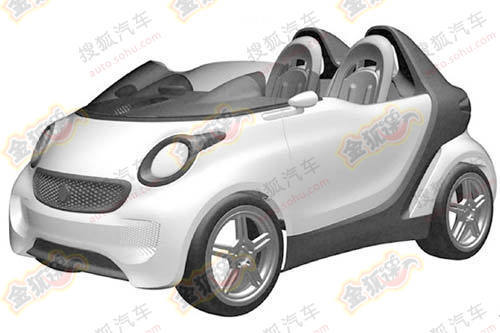 Daimler-Benz has applied for patent in China for what seems to be the production version of the maniac Smart Forspeed concept that debuted at the Geneva Motor Show. A good look at the pictures reveals considerable differences between the concept and the patent-drawings. Most concept-car wizzy-dizzies are gone and so seems to be electric power plant. Have a look: 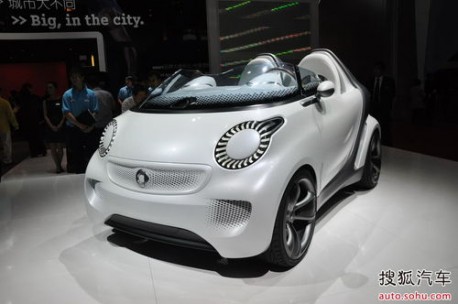 Differences: area around the head lights, alloys, wheels, area behind the wind screen, area behind the seats. The Forspeed for sure reminds of an earlier Smart-maniac, the brilliant Crossblade. 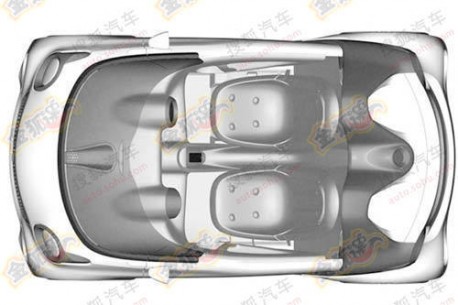 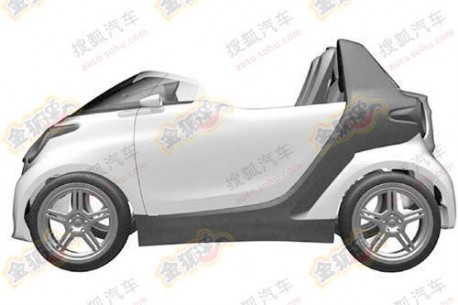 Side shot. Most notable is the disappearance of the geeky EV-logo-thing on the B-pillar, compare with concept: 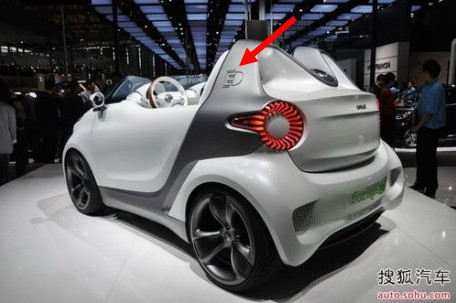 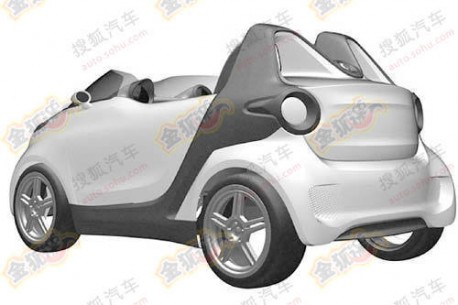 Different again the area around the lights. Chinese media reports that the Forspeed will see production in 2014.