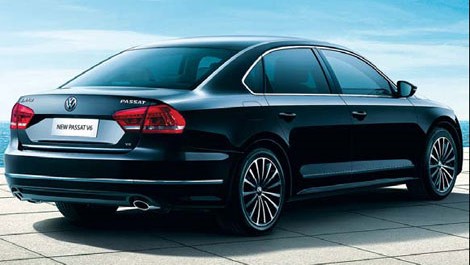 Shanghai Volkswagen’s performance so far this year has been very impressive. The company announced that it manufactured and sold over one million vehicles from January to November. The amount represents an increase of 13.7 percent from last year and is a new record for Shanghai VW.

VW models accounted for over 800,000 of the JV’s sales. Noteworthy is the New Passat, whose strong performance since its debut in April has helped monthly sales of all Passat models exceed 20,000. Meanwhile, the Tiguan SUV’s monthly sales totaled 13,000 units, up 20 percent from a year ago. Around 120,000 Tiguans have been sold since the beginning of the year. Sales of the China-exclusive Lavida continue to be strong, with over 20,000 units sold in November.

The Skoda brand has also been performing strongly, with cumulative sales of the Octavia series surpassing 110,000 units.

Shanghai VW has constantly been hampered by problems of limited supply, which it is working to resolve. Its production site in Yizheng, Jiangsu will officially begin production next year. Construction on another new factory in Ningbo, Zhejiang province is scheduled to begin soon.