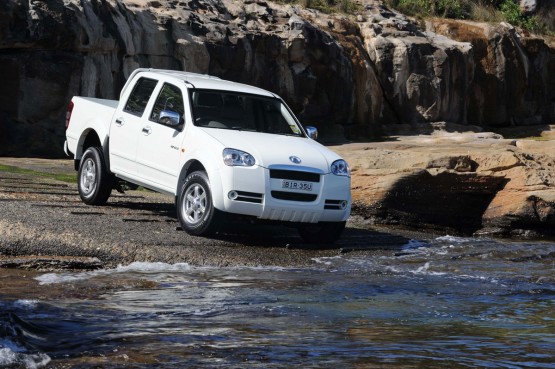 But in a reversal of sorts, not only has the industry gone from strength to strength during this period, it has also helped companies like Great Wall Motor make successful inroads in global markets.

Set up in 1984, Great Wall Motor is currently the biggest manufacturer and exporter of pickups from China. It also makes SUVs and sedans.

From 1998, the company has been exporting its pickups to Iraq and Syria. In 2010, the company sold 55,000 cars overseas, accounting for 15 percent of its total sales, and was one of the top three exporters in China.

“We used to say ‘wolves are coming’ when China entered the WTO 10 years ago, as many were worried that the industry would be gobbled up by international auto ‘wolves’,” said Shang Yugui, media manager of Great Wall Motor, in a recent interview with The Economic Observer, “But now we are dancing with the wolves, beautifully.”

Great Wall Motor began its journey as a pickup manufacturer in the 1980s. After China signed the WTO agreement, the company started to make SUVs.

In 2002, the SUV series developed by Great Wall Motor accounted for a major share of the SUV market in China. Buoyed by the domestic market success, Great Wall Motor began exporting the SUVs and shipped nearly 20,000 units in 2010.

“This is the first triumph we achieved since we entered the WTO,” Shang said.

Wei, however, said that exports are not the ultimate goal for Great Wall Motor. “We want to enter mature markets like the US and Europe with high-end products.”

In 2006, the company exported its Haval SUV to Italy, the first time that a Chinese SUV brand was tapping the European market.

“We are studying the high-end cars in these countries, and hopefully we can increase the price of our products gradually by providing better quality,” he said.

According to Wei, Great Wall Motor has been seeking the necessary emission standard approvals and other requirements for selling its products in Europe. In 2009, four Great Wall Motor models passed the Whole Vehicle Type Approval in European Union, giving it automatic access to all the EU countries.

“Over the last five years we have invested 3 billion yuan ($471 million, 347 million euros) in research and development to ensure that our vehicles meet the European emission standards,” Wei said.

Based on WTO agreements, the protection period for the Chinese auto industry ended on July 1, 2006. After that date, car import tariffs were reduced from the original 80 percent to 25 percent, while tariff on spare parts went down to 10 percent.

“This is not only a challenge, but also an opportunity,” Wei said. “We can now import spare parts at cheaper prices, and we have more suppliers to choose from.”

“CKD is adopted in overseas markets to reduce shipping costs and to better utilize local resources,” Wei said, adding that the company has CKD factories in Russia, Egypt, Indonesia and another nine countries.

Sun Zhenyu, chairman of the China Society for World Trade Organization Studies, said the auto industry used to be what the government and economists worried most about.

“But now I will say the industry has thrived in an open environment,” he said.