Daimler-Benz is looking for Money in China 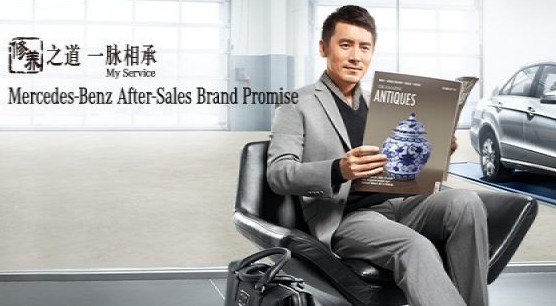 The German automotive company Daimler AG is reportedly seeking to sell a 5 to 10 percent stake in itself to the $410 billion sovereign wealth fund China Investment Corp (CIC). Daimler has hired an investment bank to arrange a potential deal and CIC is considered the front runner, Germany’s Manager Magazin quoted Chief Financial Officer Bodo Uebber as saying.

“Our company is not commenting on market speculation,” Wang Yan, vice-president of Daimler Northeast Asia Ltd, said in an email on Wednesday. CIC wasn’t available for comment on Wednesday.

Tim Urquhart, a London-based senior analyst with IHS Automotive, said that such a deal would provide more financial support for Daimler’s strategy. “They need extra investment to underpin their future (research and development) and production investments,” he said.

Mercedes-Benz, the luxury-car division of Daimler, sold more than 1.13 million vehicles in the first 11 months of the year, up 7.3 percent year-on-year and a record, according to the company.

“Daimler’s performance is relatively stable. I think its willingness to (sell a stake) to CIC is mainly a government relations strategy, showing its intention to build closer ties with the government,” said John Zeng, director of LMC Automotive Asia Pacific Forecasting.

If CIC could buy as much as 10 percent of Daimler, its holding would exceed that of the Abu Dhabi sovereign wealth fund Aabar Investments, which has a 9.04 percent stake in the carmaker.

This proposed deal would be totally different from Geely Automobile Holdings Ltd’s acquisition of AB Volvo, said Zeng, adding that CIC would likely be a financial investor without control over company operations.

Dieter Zetsche, chief executive of Daimler, said in July that he would welcome additional investors from China, but added he did not think the Chinese would try to take control. CIC, the wholly State-owned investment institution, “is driven by purely economic and financial interests”, according to its website.