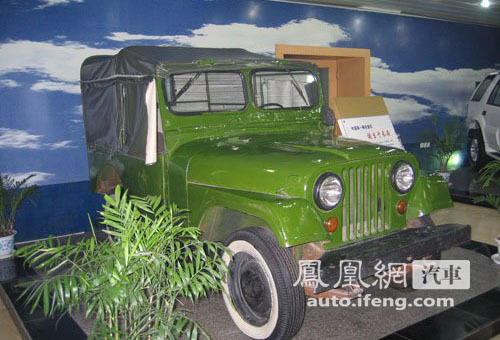 China’s first mass-produced military jeep was made by Chongqing Chang’an, a predecessor of today’s Chang’an Automotive. The Chang’an Changjiang 46 was a Chinese copy of the American Willys Jeep. 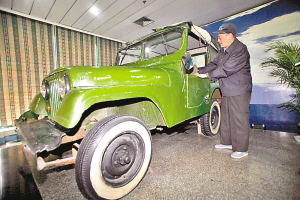 In 1963 production of the Changjiang 46 moved to Beijing, this was decided by the highest political powers in the capital. All factory-equipment and materials had to be moved by river to Shanghai, then up north over sea to Tianjin and finally by road to Beijing. The factory was then built up all over again and was the predecessor of today’s Beijing Auto Works.

The source I base this article on tells the story of one Mr. Xu Guangqi (on pic next to car), born in 1932. He was responsible for the production of the 46 and said he cried when he saw his beloved 46’s tools disappear in the mist over Yangtze River, on their way to Beijing. Mr. Xu indeed, was not invited to come along… 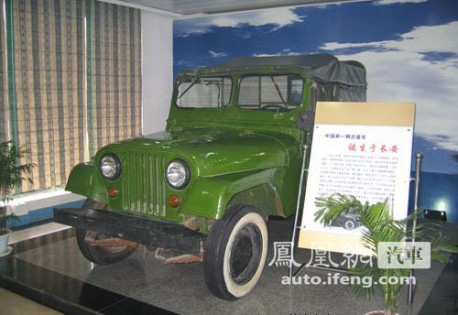 Tech specs of this basic beauty: weight was 1150 kg, maximum load is 440 kg, it could carry six people including the driver, power came from a 2.2 litre 4-cylinder water-cooled 4-stroke carburetor engine, good for a 115 km/h top speed, fuel consumption was 13.7 liters per 100km.

Today there aren’t many Changjiang 46’s left. One stands in a military museum in Chongqing where Mr. Xu takes good care of it. The Changjiang’s spirit however is still alive, that is, as long as great men like Mr. Xu live to tell their story. 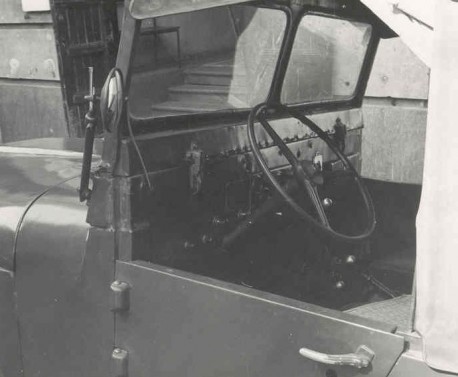 Old pic of the interior. 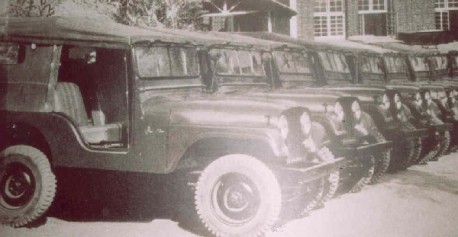 Via: ifeng.com, xinhuanet, and thanks to Erik from ChineseCars.net for the old pics.