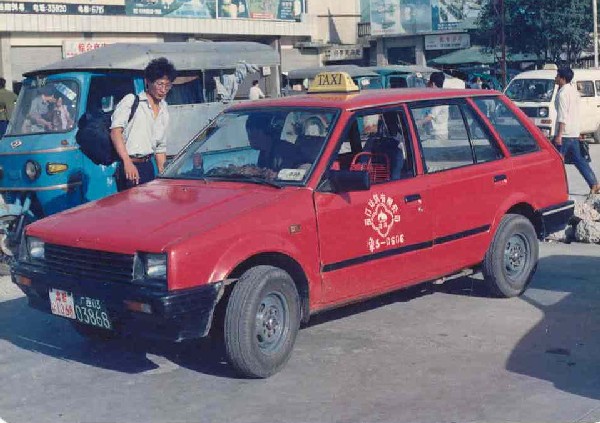 Here we have another very interesting old car, the Disai LJ5010K ‘composite car’. It was made from 1989 until 1996 by a joint venture between the Liuzhou Machinery Works and the Guangxi Glass and Steel Machinery Factory. The Disai-factory stood in he great city of Liuzhou in Guangxi Province. Altogether some 4300 Disai’s were made. 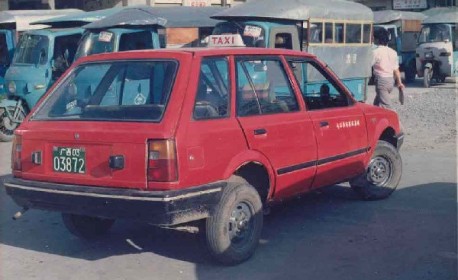 The Disai LJ5010K was a small-sized wagon, most were sold to taxi companies. Disai, which is best translated as Enlightened Racer, received only provincial permission to make and sell cars, which means no Disai was ever sold outside Guangxi. 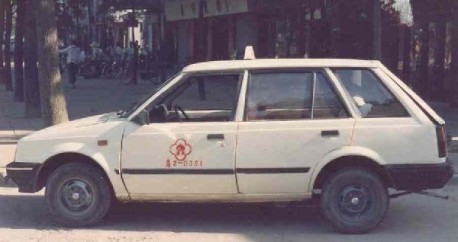 The central government in those days was reluctant to give any new permissions to sell cars in the whole country because the mandarins in Beijing wanted to consolidate the Chinese auto industry and the last thing they needed was more small car brands from faraway provinces. 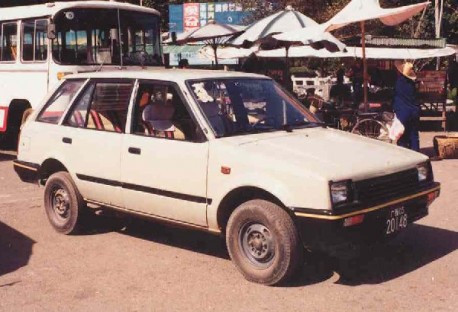 The body of the Disai LJ5010K was made of glass fiber and reinforced plastics (composites), held together by a steel skeleton. Power came from a 1-liter ‘276Q’ engine rated at 38.2kw and 75.5nm. Claimed top speed was 95km/h, claimed fuel consumption only 5.5 liters per 100 km. 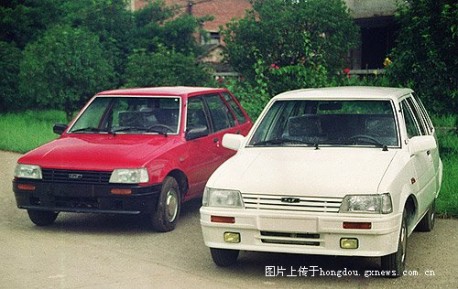 Sometime in late 1995 Disai started to work on an update for the LJ5010K. Car got a new front with an redesigned grille en redesigned head-lights. The white car on the right seems to be some sporty version with an extra body kit and very fast fog lights. As far as we know, this updated car never made it into production. 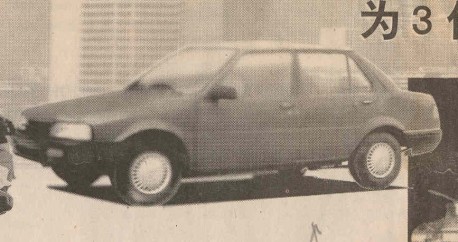 There was a sedan as well from which we only have this one picture. Looking at the headlights and wheels it seems to be based on the updated LJ5010K.

Sadly, Disai died in 1996. Production of the bare platform however continued for a couple of years and was used by other small car makers in Guangxi for their own cars. More on those in a later story.

Thanks to Erik from ChineseCars.net for additional information, and even more thanks for the pictures he took in the late 1990’s while traveling in Guangxi Province.