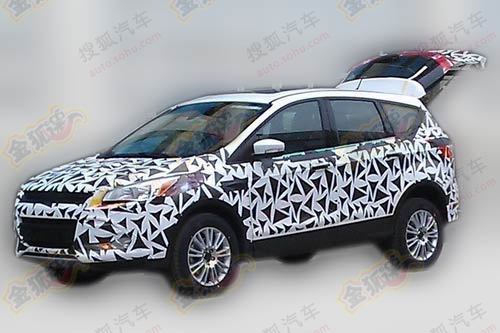 New spy shots from the Ford Kuga testing in China, it will be listed on the Chinese car market later this year. the Kuga is made in China by the Chang’an-Ford joint venture, it will debut at the Beijing Auto Show in April. 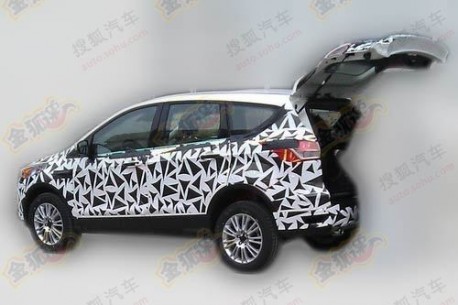 There will be two engines: 1.6 turbo and 2.0 turbo, mated to a ‘Powershift’ DCT or six-speed manual. Price of the Kuga will start around 150.000 yuan. The Kuga is an extremely late arrival for the Ford brand, all competitors are making similar sized SUV’s in China for many years. Finding a spot in such a crowded marketplace won’t be easy for the Kuga.