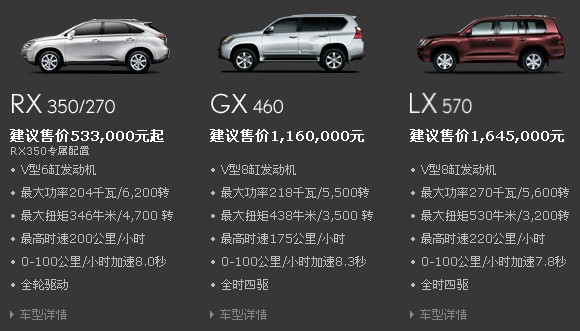 After a year of sluggish growth partly due to a massive earthquake and tsunami in Japan last March, Toyota’s luxury unit Lexus aims to boost sales in China by more than 50 percent to 88,000 units this year. The company said in a statement that by the end of the year, it will have 100 authorized dealer outlets in operation, up from the 81 dealerships to date.

A major reason for the shortfall was the Japan earthquake that caused production halts at most of the nation’s carmakers and components suppliers. Production by Lexus only started to recover in July.

By the end of last year, the brand had sold more than 210,000 cars since it arrived in China in 2005. Its import lineup now includes 15 models, four of them gasoline-electric hybrids.

Lexus said that this year it will further increase proportion of its cars with small-displacement engines and hybrid powertrains sold in China.

“Change” is the keyword for its development in the Chinese market, the company said in a statement.

Sales by Lexus in China doubled every year from 2005 to 2007, yet the pace slowed in 2008 and 2009 due to increased taxes on cars with large engines. At that time, almost all imported Lexus models had engines larger than 3 liters.

Lexus then began to introduce more cars with small engines as well as hybrid models. It regained some momentum in 2010 with delivery of about 53,000 cars, more than 65 percent of them powered by small engines.

Yet the Japanese brand’s sales in China still trail far behind its German competitors.

Audi sold more than 300,000 cars in the country last year and BMW moved about 232,000. Sales by Mercedes-Benz surpassed 198,000. All three have local joint ventures to produce cars at more competitive prices than imported models.

Analysts said that without local production, Lexus is not likely to see significant growth in sales and market share in China.

But the company has no apparent plan for a local production facility. Lexus cars are currently built only in Japan and the US. Even its Japanese counterpart Infiniti, the luxury brand by Nissan, is considering local production after only four years in China. After imports began in 2007, Infiniti’s sales are now about 40 percent of those by Lexus.