Old pic: the Shanghai 58 on Parade in China

Here we have a very old ‘n pretty picture of a very old ‘n pretty military vehicle. This is the mighty Shanghai 58, based on the American Willys CJ3A. It was made from 1958 until 1960 by Shanghai Auto Works in very small numbers, the grand total is likely less than 50 vehicles. First pic was taken during a Communist-style parade in the early 1960’s. 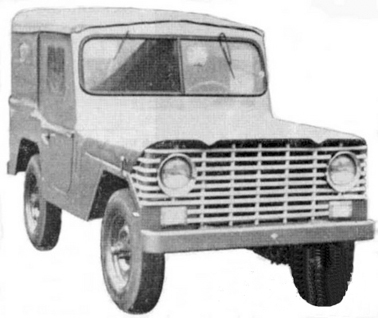 After WOII many American Willys Jeeps were left behind all over China. From ’45 until ’49 nothing happened with the Jeeps due to the civil war between the Communist Party and the Nationalist Party. When Mao had won the war Chinese factories began in the early 1950’s to reverse-engineer the old Jeeps that were still standing around.

One other example is the Chang’an Changjiang 46, made from 1959 until 1963. That car holds the honorable title of  ‘the first Chinese mass produced jeep’, some 1800 were made.

The Shanghai 58 was powered by a 50 horsepower 4-cylinder gasoline engine, it could carry six passengers or 500kg. Top speed was 45km/h. 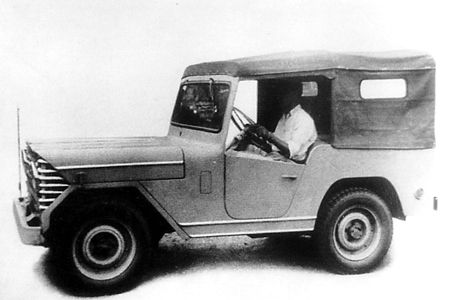 Willys influence easily visible from the side. 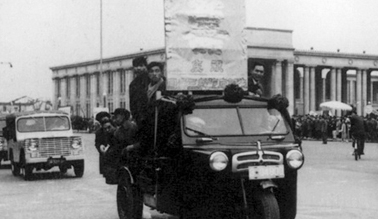 Shanghai 58 on the left, during another parade. Vehicle in front is another child from Shanghai Automobile; the Shanghai 58-1 three wheeler. I’ll get back to that beauty in another story.