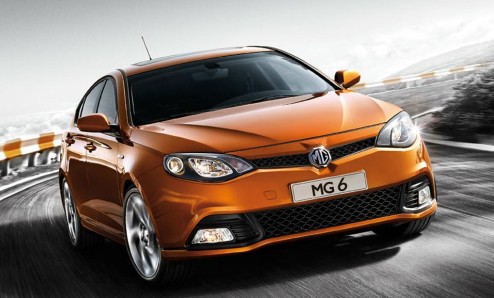 The born-again British brand MG is set to reappear in New Zealand. Eight MG6 liftbacks and sedans have just arrived in Auckland as demonstration cars ahead of the late-February retail rollout of MG by importers British Motor Distributors (BMD) – a branch of John Fairhall’s Archibald Motor Group that sells European luxury cars such as Audi, Porsche, Jaguar, Land Rover and Volvo in NZ.

The arrival of the first batch of MG cars was confirmed by BMD operations manager Kerry Cheyne, who told GoAuto that New Zealand would be the second market behind South Africa to get the vehicles.

New Zealand will initially get 1.8-litre petrol turbocharged 118kW engines and, later this year, gain the 1.9-litre turbo-diesel, along with a dual-clutch transmission, though there’s no word yet on pricing.

Much of the development work on the new-generation MG cars is still done in Britain, with most of the manufacturing done in China alongside SAIC’s Rover-based luxury range, Roewe.

The Roewe name is a substitute for Rover because BMW owned the original nametag when it bought Land Rover before selling it to India’s Tata.

The mid-sized MG6 – in GT liftback and Magnette sedan body styles that last year scored an official four-star Euro NCAP safety rating ahead of the UK release – is set to be followed by the Toyota Yaris-sized MG3 and Corolla-sized MG5, each in a range of variants.

Cheyne said the Chinese-made MG cars such as the MG3 and MG5 are all-new and not based on old Rover platforms.

“We still support the market for MG and Rover parts, and we have been working with Nanjing and SAIC for that amount of time.

“We have never ditched the loyal owners of MG and Rovers cars, and we see a lot of value in the MG marque – it has good backing, it is an excellent product. From what I saw the other day, they are brilliant – totally up there.”

SAIC is the biggest of the “big four” Chinese car manufacturers in the world’s biggest motor market, making 3.64 million cars in China last year, mostly in partnership with GM under the Buick, Chevrolet and domestic Wuling brands, and VW.

While the Shanghai-based company has been preoccupied with meeting huge domestic demand, it has now started to look outside China for further growth with MG.

SAIC acquired the venerable British brand when it merged in 2007 with another Chinese motor company, Nanjing Automobile, which snapped up the rights to MG Rover assets when the UK company went into receivership in 2005.

Originally called Morris Garages and founded in the 1920s, MG was best known for its open-top sportscars. In China, SAIC has been reinventing MG as a supplier of sporty hatches and sedans, all powered by four-cylinder engines.