Infiniti’s China sales up 60 percent in 2011, local production not sure yet 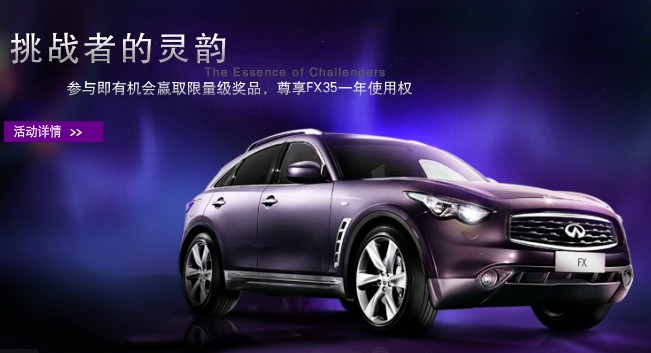 The full-year delivery of 19,075 units maintains China as its second-largest market worldwide for the second straight year. The company said in a statement that it plans to boost sales by 50 percent this year to about 30,000 units and add more than 30 new dealerships.

Infiniti currently has nearly 60 authorized dealer outlets in the country designed to meet its global standard and ensure premium services.

More models are expected to be introduced this year to meet increasingly diverse consumer demand, including a long-wheelbase M Series sedan, a hybrid M Series car and the refurbished FX and EX Series, according to the company.

Last November Infiniti announced it would move its global headquarters from Japan to Hong Kong, igniting wide speculation it could have plans to produce cars in China jointly with Dongfeng Motor Corp, which also is a partner of its parent company Nissan.

The company has denied it reached a final decision on local production in China.

But according to a local newspaper report last month, officials in Dalian confirmed the plan, saying the brand will produce cars in the northeastern port city, probably starting from 2014.

If true, Infiniti would be the first Japanese luxury brand to have production in China.