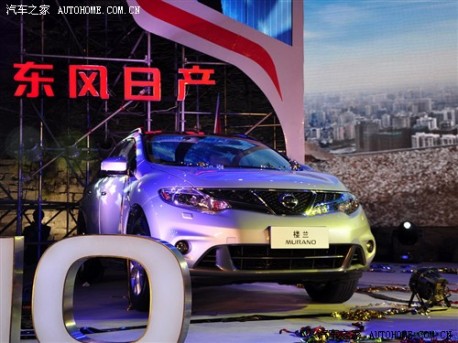 Nissan China sold 1.24 million Nissan and Infiniti vehicles in China in 2011, a 21.9% increase from the previous year. Although Nissan is a relative new comer in China, it managed to accelerate its expansion with partner Dongfeng Motor.

Dongfeng Nissan was the one responsible for the majority of the sales, 808,440 units, but also Zhengzhou Nissan with 115,518 cars, a 22.4% and 15.4% increase. The Chinese sales target for this year is 1.5 million units. Infiniti has already about 60 authorized dealer stores in the country.

“Our previous goal was to sell 1 million vehicles in 2012, but we achieved that already. Our new target for that year is now 1.5 million vehicles,” declared Kimiyasu Nakamura, president of Nissan China.