A hot MG3 from China, in blue 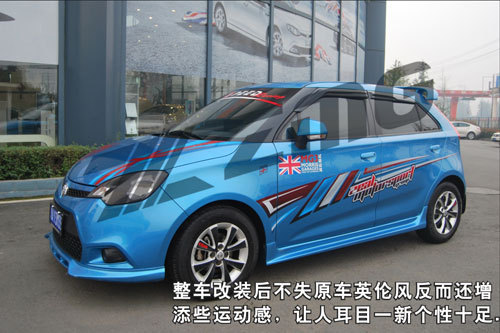 Here we have a very fine modified MG3 in China. Blue sky will get you… A full fat body kit, big front spoiler, bigger rear wing, flashy alloys and a British flag on the door, what do you want more? 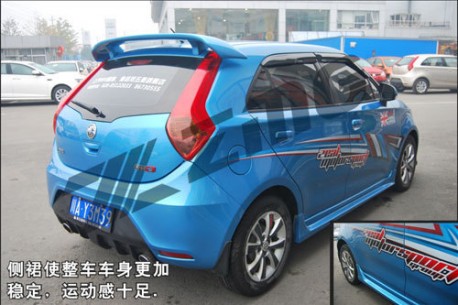 Twin exhaust pips, diffuser, racing stripes on the side. All good, an MG is supposed to be sporty. The China-made MG3 debuted in March 2010, it is made in Shanghai by SAIC. September last year saw the debut of the MG3Xross, a car with a name so weird nobody buys it. Power comes from a 1.3 with 88hp or a 1.5 with 109hp. Too less indeed, a 1.5 turbo was promised by MG but still hasn’t arrived. 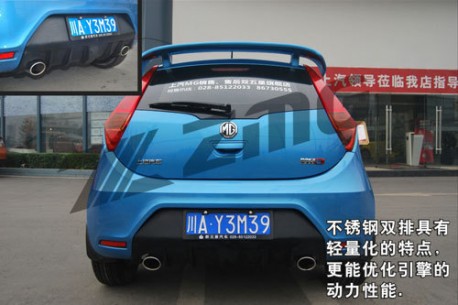