Geely to launch in UK this year 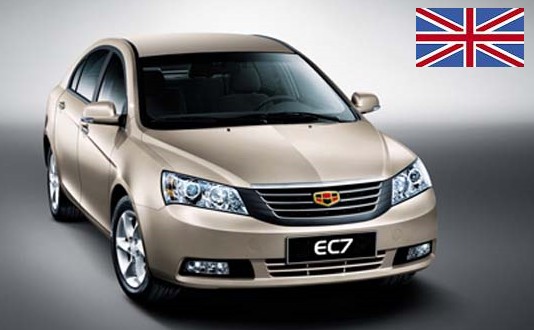 Geely will start sales of its Emgrand EC7 compact car at the end of 2012 through a new distribution company called Geely Auto UK. Manganese Bronze Holdings, which partners Geely in building London black cabs in England and China, will set up the distribution company and a UK dealer network.

Geely Auto UK marketing manager Maria Holmes said the company aims to sell 1 000 units of the Emgrand EC7 in 2013, the first full year of sales. Volume will increase in the mid- and long-term as new models go on sale, she said.

Geely plans to introduce at least one new model in the UK every year for the next four to five years.

Geely is also looking at launching sales in other European markets but the plan is to become established first in the UK with the help of Manganese Bronze Holdings, said Holmes. He added that Geely had plans to recruit 30 to 40 dealers in the UK for the brand’s launch.

Geely said its UK sales operations will be separate from those of Volvo Cars, which Geely bought from Ford in 2010. Geely Auto UK is based in Coventry, central England, and shares offices with Manganese Bronze Holdings’ London Taxi Company. Manganese Bronze Holdings CEO John Russell said in a statement: “We are all aware of the success that Kia and Hyundai have had in the UK and we can work with Geely to achieve similar success in the future.”