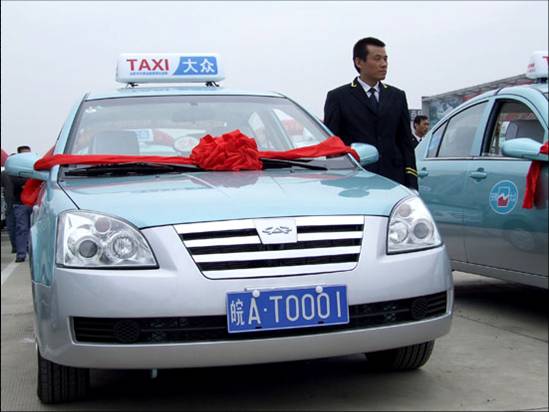 Taxi drivers nationwide will receive a subsidy of around 300 yuan ($47.50) a month to offset the second hike in fuel prices this year, according to the National Development and Reform Commission.

The government on Tuesday raised gasoline and diesel prices by 600 yuan a ton. As a result, the retail price of mid-grade gasoline will increase by 6 percent and benchmark diesel by 7 percent.

On Feb 8, the NDRC increased gasoline and diesel prices by 300 yuan a ton.

Fuel prices vary in Chinese cities but the differences are small.

In Beijing, following the latest fuel price rise, motorists will pay 8.33 yuan for a liter of 93-octane fuel.

The temporary subsidy will be given to taxi drivers before fares are adjusted, NDRC officials said.

But many taxi drivers in the capital have called for an urgent adjustment to fares, saying the subsidy hardly makes up for the increased costs they will incur.

Jiang Mingsheng, a Beijing taxi driver, said the increase would cost him an extra 1,000 yuan a month.

“Although there would be a 300-yuan subsidy, it means that I would earn 700 yuan less than before,” he said. “If I want to make up that loss, I have to work more hours.”

In Beijing, the flag-fall price that covers the first 3 kilometers of a trip is 10 yuan during the day and 11 yuan after 11 pm, and it costs an additional 2 yuan a kilometer if a trip exceeds 3 km.

The charges have not been changed since 2006.

Ma suggests that the flag-fall price be increased to 20 yuan for the first 4 km and to 2.5 yuan for each additional kilometer.

He said the fare should be proportionate to the real function of a taxi, which is to meet the demand of people in urgent need. The current fare is too cheap and has encouraged all people, whether in a hurry or not, to take taxis, and made taxis hard to get for the many who really need them.

Deputy Minister of Transport Feng Zhenglin said at a work conference in late February that each city would be obliged to adjust taxi fares to reflect fuel price changes.

The Beijing municipal commission of development and reform has said it would look at addressing taxi fare problems caused by the fuel price increases, according to the China National Radio.

At Xinfadi Wholesale Market, the main trading hub for fruit and vegetables in Beijing, the fuel price hike is clearly being felt by truck drivers.

Li Lei, a driver who regularly transports vegetables from Southwest China’s Sichuan province to Beijing, said a trip on Tuesday cost him 428 yuan more than usual due to the latest fuel price rise.

“Luckily, I drive the truck for myself and do not hire other drivers, otherwise I could barely make ends meet,” he said.

Li said he now has to work as a loader in the market to cover the losses, which cannot be immediately recovered by raising the price of vegetables.

Zhang Chong, a vegetable dealer at the market, said there was no obvious increase in the price of produce at present, but in the long run it will be the consumer who has to pay for fuel price hike.

“The fuel price increase will surely make us pay more in transportation fees and we would then raise vegetable prices to offset the increase,” he said.

The NDRC said State subsidies for fuel will stay in place for production in grain, fisheries and forestry, and for public transport in urban and rural areas.

The Ministry of Finance said on its website on Wednesday that it recently allocated 24.3 billion yuan to subsidize farmers nationwide to help them cope with possible price fluctuations in agricultural production materials caused by fuel price increases.