BMW to speed up investment & production in China 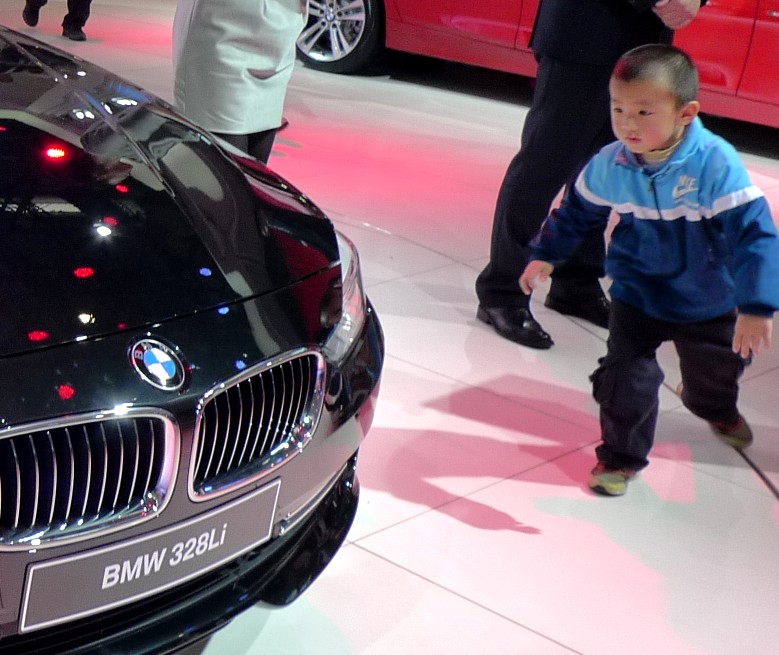 “China belongs to the three most important markets world-wide for BMW Group and offers great growth potential, particularly in the premium segment,” Chief Executive Norbert Reithofer said on the sidelines of the opening ceremony for BMW’s second production plant in China.

Chief Financial Officer Friedrich Eichiner said BMW and Brilliance also will expand the production of engines in China, but didn’t elaborate. The joint venture has the capacity to produce 200,000 engines annually and has already invested €1 billion in its two plants in northeastern China’s Shenyang city.

Mr. Eichiner reiterated BMW’s forecast that its sales in China should rise between 25% and 30% in 2012 suggesting growth will slow slightly after strong demand early in the year. China became BMW’s most important market in April when unit sales rose 31% to 27,197 cars from the same month a year ago, with sales in the first four months up 35% at 107,211 cars.

Analysts at brokerage house Cheuvreux said Mr. Eichiner’s forecast was “positive” and ahead of their estimate of 18% growth in China this year.

BMW’s optimism comes amid growing worries about a sharper than expected slowdown in the Chinese economy. HSBC Holdings PLC’s purchasing managers’ index for China fell to a preliminary reading of 48.7 in May from 49.3 in April, indicating that manufacturing activity declined for the seventh straight month. The Euro zone’s economic contraction also deepened in May with business activity falling at its steepest rate in nearly three years, an influential survey of purchasing managers showed on Thursday.

Still, Germany’s luxury auto makers have all notched sales records so far this year amid strong demand in the U.S., emerging markets and parts of Europe. BMW’s global sales rose 6.1% in April to a record 145,505 vehicles, with cumulative volume for the year up 10% over the same period a year ago. BMW has warned that rising capital spending partly to keep up with demand could weigh on its profitability this year.

Mr. Reithofer said BMW, the world’s biggest seller of luxury cars ahead of Volkwagen AG’s Audi unit and Daimler AG’s Mercedes-Benz unit by volume, aims to maintain balanced growth world-wide and won’t become too dependent on Chinese sales particularly as stricter emission regulations could put a brake on demand for luxury cars in the future.

BMW is investigating making cars in Brazil, a car market similar in size to that of Germany, with talks under way with the government that could determine the scale of the auto maker’s investment.

Boosting production outside of Europe is crucial for BMW to reduce exposure to currency fluctuations. BMW produces the majority of its cars and engines in Europe, but exports a big chunk of production to the U.S. and China. This leads to a relatively large exposure to swings between the euro and the U.S. dollar or the yuan.

Mr. Reithofer said BMW could produce up to 400,000 cars in China annually in the medium term if it operates both plants around the clock seven days a week. He said BMW might be able to sell up to 500,000 cars a year in China at some point, but declined to provide a time frame.

BMW produces the compact X1 sport utility vehicle its Tiexi plant and a long-wheelbase version of its 3-series model that is tailored for the Chinese market.