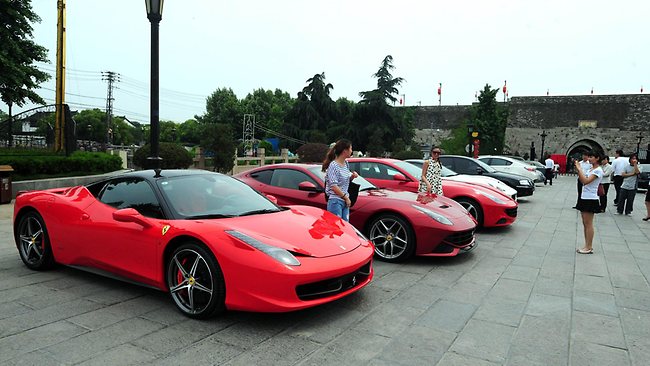 The recalls by Ferrari Maserati Cars Sales and Services (Shanghai) Co will cover 14 of Ferrari’s 458 Italia and California models manufactured before October 7, 2011, due to a mistake in building the crankshafts for the engines, the General Administration of Quality Supervision, Inspection, and Quarantine (AQSIQ) said in a statement on its website.

The crankshaft is the part connected to the engine’s pistons. It spins, turning the pumping motion of the pistons into the rotating motion that is ultimately transferred to the wheels.

The error can cause engine malfunctions or failures, which could lead to accidents, according to the AQSIQ.

Another 42 imported vehicles, FF models manufactured before December 5, 2011, will also be recalled due to excessive oil lubrication circuit processing residues, which can result in wear on lead-free (Ag) silver bearings.

The defect may result in engine-connecting-rod bearings catching, and could lead to rod fractures or even engine cylinder ruptures.

Ferrari offered to replace the defective parts for free.

Last year, Ferrari recalled 56 vehicles, including 37 Quattroporte models and 19 GranTurismo models produced between July 3, 2008 and September 30, 2011, due to a faulty track bar.