Infiniti to start making cars in China from 2014 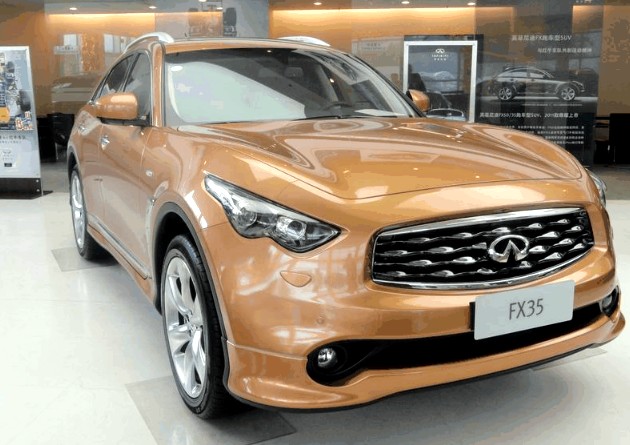 Nissan will start making Infiniti cars at a 2-billion-yuan ($315 million) plant in China from 2014 as it moves to challenge the dominance of German rivals in the world’s largest auto market.

Chinese-made Infiniti cars would put Nissan on a more level playing field with Audi, Mercedes Benz and BMW, which have been making cars in China for years, industry observers say. Imported Infiniti cars have been available in China since 2007.

“Local production would provide the volume it needs to catch up with the German brands and help to offset a rising yen” that makes cars imported from Japan more expensive, Gu said.

In a statement, Nissan said two Infiniti models – which have yet to be named – would be produced at a factory jointly operated with Dongfeng Motor Group, that makes Teana and Murano models.

The facility in Xiangyang city in central China would have an initial capacity of 130,000 vehicles, rising to 250,000 eventually, it added.

Nissan sold about 19,000 Infiniti cars in China in the last fiscal year that ended in March, a fraction of the more than 300,000 cars market leader Audi delivered in the whole of 2011.

Nissan’s mid-term growth plan targets sales of 500,000 Infiniti vehicles globally by 2016, and the company has said China would account for a large portion of that growth.

“The localization of Infiniti at our Xiangyang plant is a significant milestone for us,” said Kimiyasu Nakamura, president of Dongfeng Motor Co, Nissan’s joint venture with Dongfeng.

“It proves that we are fully capable of producing luxury vehicles of the highest quality standards here in China, at the same level of quality as the Tochigi plant, its mother plant, in Japan.”

Early in the month, Infiniti relocated its global headquarters from Yokohama, Japan, to Hong Kong, a gateway to mainland China.

The Infiniti plant would spear Nissan further ahead of Toyota and Honda in China’s luxury car segment, which Daimler chief executive Dieter Zetsche said could continue to grow 15-20 percent in 2012 after years of breakneck expansion.

Other luxury car makers, such as General Motors and Honda, are also playing catch-up, hoping to grab a bigger share of the Chinese market.

PSA Peugeot Citroen in late April unveiled a sleek, large coupe-styled sedan, a precursor to the Citroen DS luxury sub-brand it plans to introduce to China from June 28, with an annual volume target of 200,000 vehicles within four years.

Most Infiniti models are made in Japan. To help achieve its goal to triple global sales of its premium brand by 2016 and avoid foreign exchange risks, Nissan also plans to localise Infiniti production in the United States and Europe.