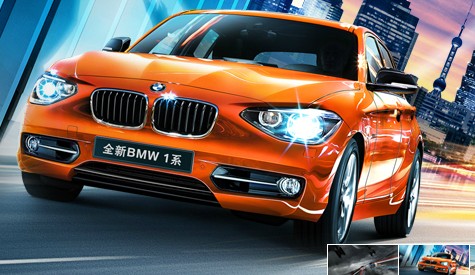 BMW said its group vehicle sales in China grew by 31.5 percent in May, accelerating from 30.8 percent in April. Over the first five months of this year, its sales in China rose 34.4 percent to 135,026 vehicles, BMW said on Tuesday.

BMW has said it plans to at least triple production in China to 300,000 vehicles, which still leaves it in the wake of rival Audi, which aims to expand production to 700,000 vehicles annually by around 2015. BMW Group comprises the BMW, Mini and Rolls-Royce brands.

BMW’s local joint venture, Brilliance BMW, that makes the 3-series, 5-series and X1, opened a new factory in China last week. The joint venture’s sales target for this year is 150.000 cars, a target that they will likely surpass.