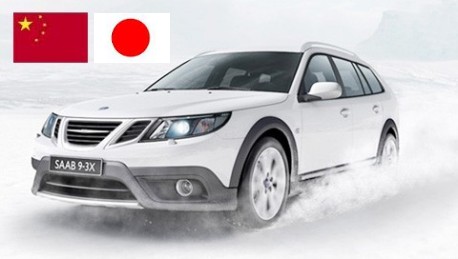 Filing for bankruptcy in December, Saab, including Saab Powertrain and Saab tools, ran into debts of about 13 billion kronor.

The deal would appear to have finally closed the shutters on a possible bid being put together during the past year by Chinese mainland-based Zhejiang Youngman Lotus Automobile Co Ltd and Pang Da Automobile Trade Co.

Last October, Pang Da and Youngman agreed to a joint $140 million takeover of Saab, including the parts unit and its UK dealer network, which would have given Youngman a 60 percent stake in the Swedish company and Pang Da the remaining share.

However, that bid was held back by General Motors Co, which has both preferential shares and technology ties with Saab.

The Sweden-based car company said that it aims to develop a pure electric vehicle based on the Saab 9-3 and the ePower electric car version of the vehicle.

It had also talked about plans to produce a Japanese small electric car model and develop the next generation of its Saab 9-3 series, which was estimated to cost 2 billion kronor over the next 18 months.

All the vehicles would be produced in the future bearing the Saab badge.

Zhong Shi, an industry analyst in Beijing, said he was still worried about the future of Saab, especially its electric aspirations, despite the deal announcement.

“There should be no relationship between Saab and electric vehicles,” Zhong said. “Saab has no expertise in the electric vehicle sector. The idea of making an electric Saab is a dream.”

In his view, the electric vehicle sector still has at least 10 years until it becomes mass-market, “so it’s risky to put such heavy investment into electric development, based on a traditionally ailing Saab brand”.

Moreover, he added that “even targeting traditional combustion engine powered vehicles, updating the Saab technology will require far more of a capital injection, and even then, making it profitable would be a huge challenge”.