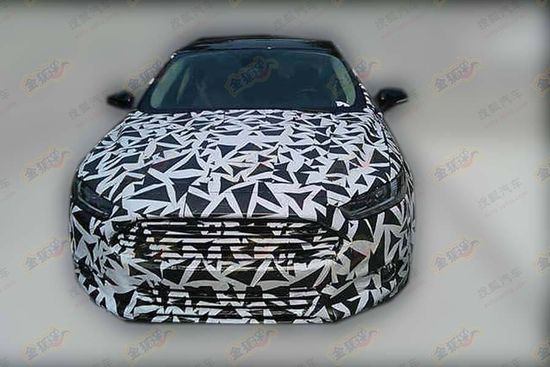 Spy shots from the new Ford Mondeo testing on Chinese roads. The Mondeo will be made in China by the Chang’an-Ford joint venture that also makes the current Mondeo. Production of the new car, code named CD391, will start in February next year. The Mondeo will then debut at the Shanghai Auto Show in April and hit the Chinese auto market soon after that.

The China-made Mondeo will be powered by the new 2.0 GDI patrol-powered engine which will replace the current 2.0 and 2.3. Ford might offer a smaller engine in the future for a budget-based model, probably a 1.8, but that engine will certainly not be available at launch.

The current Ford Mondeo has been a great success in China, sales were up right until last year. Production of the current Mondeo will end late this year, Ford doesn’t have any plans to continue the current car next to the new one, like they did with he Ford Focus Classic.