A Bikini Car Wash in China 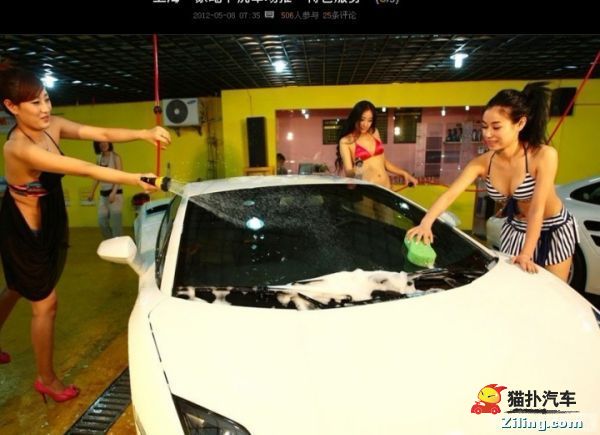 American culture is popular in China too. Chinese youngsters know Justin Bieber, hamburgers and Middle East warfare. They also know this typical thing called ‘Bikini Car Wash’, many Chinese websites are full with big-breasted American babes bikini washing big engined American cars. The owner of an underground car wash shop in Shanghai decided it was time for a Chinese version. He got himself some babes, a Gallardo, a lotta foam and waited for the customers to roll in. But somehow, it doesn’t look so convincing… 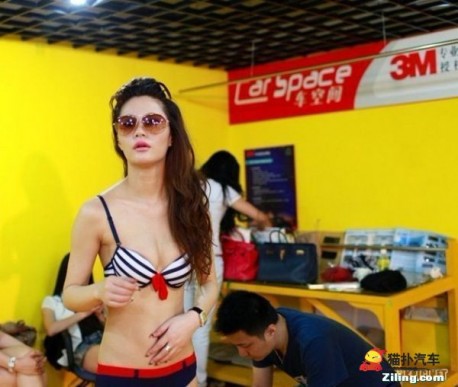 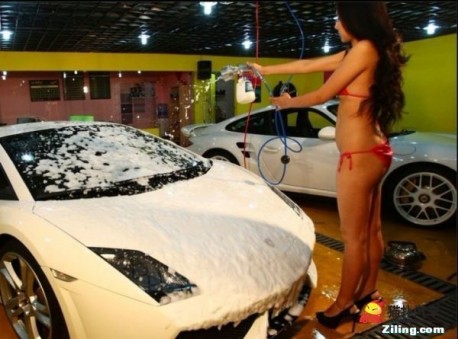 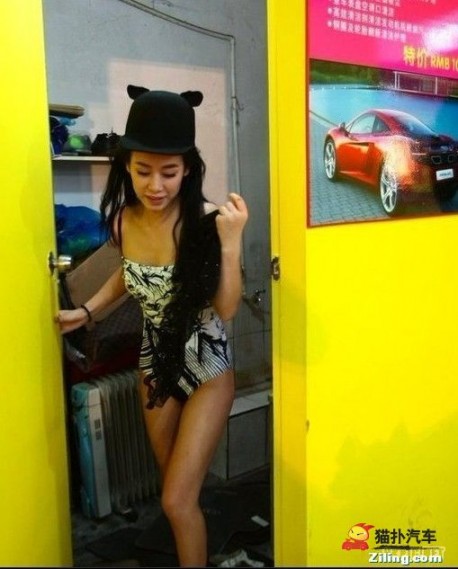 Took a leak, all that water and such makes it extra urgent. 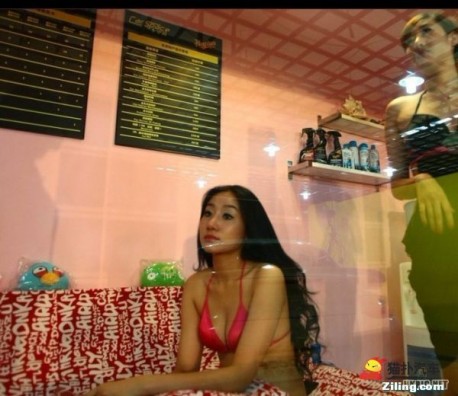 In between shifts. Price list up the wall, for washing your car, that is. 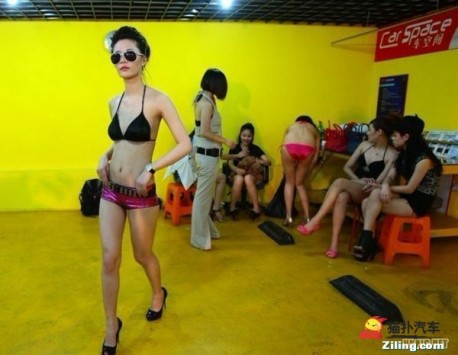 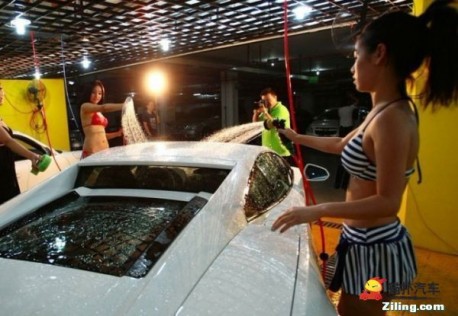 Careful around the edges… 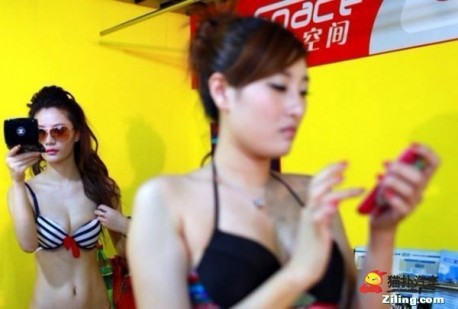 Calling the family back home in the village; “I got my first job as a model!”