Volkswagen Bora is lime-green in China 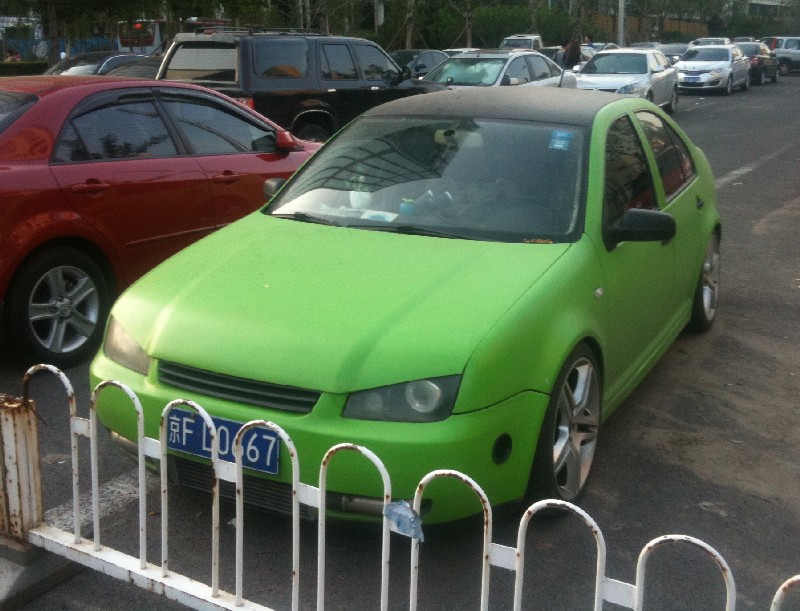 So green it needs to be locked up! This is a very coolio last-gen Volkswagen Bora in lime-green, seen on a parking lot near my home in Beijing. The good Bora is further sexed up by a fat body kit including new bumpers new light and a new grille, lowered suspension, a matte-black roof, matte-black mirrors, racy low-profile tires and big 5-spoke alloys. 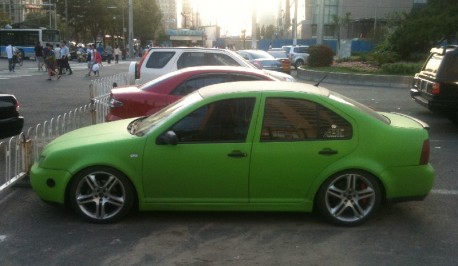 Fake ABT stickers on the rear window, yours for 10 yuan. This lime-green Bora is kinda similar in concept to a very white example we met earlier. The Bora was made in China up until 2010 by the  FAW-Volkswagen joint venture, it has since been replaced with the new Bora. When the old Bora was still in production Volkswagen one day woke up with a big hangover of some sort and did something completely mad! They launched the brilliant 180hp Volkswagen Bora R which was made from 2005 until 2009. This crazy car did the Bora’s boring image a lotta good and it one of the reasons why there are so many customized Bora’s around now. 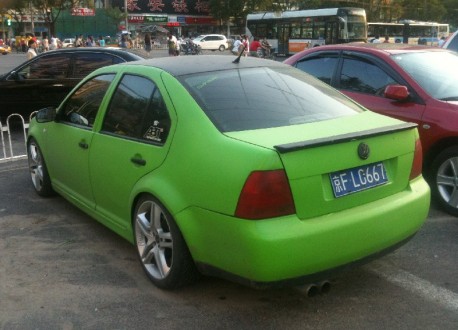