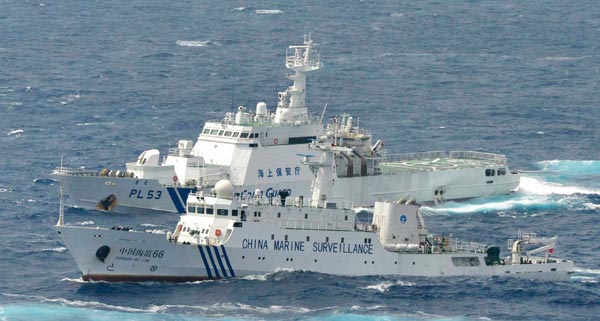 Several Japanese auto brands, including Nissan, Honda and Mazda, have postponed some of their marketing events in China while the dispute over the Diaoyu Islands rumbles on. Experts noted Monday that the dispute will inevitably cast a shadow over the sales performance of Japanese cars this year.

“We have not been doing any marketing events for the Nissan brand recently,” Luo Yun, a spokeswoman at Zhengzhou Nissan Automobile Co, a Sino-Japanese joint venture, told the Global Times Monday.

Recent news of Chinese protesters smashing Japanese cars has put off a lot of potential buyers of Japanese cars, and both sales and marketing plans have been affected, Zhu Linjie, a spokesman at Honda China, told the Global Times Monday.

Guangqi Honda Automobile Co, a joint venture between Honda Motor Co and Guangzhou Automobile Group, has aborted the plan to launch its new Accord model at the end of this month, the Beijing News reported Monday.

Most Japanese brands have not yet adjusted their annual sales target, but analysts said that sales this year will surely be influenced given Chinese consumers’ strong feelings against Japanese brands at present.

Guo Yanchun, a spokesperson at Toyota’s Beijing Sanyuanqiao dealership, told the Global Times that sales of the brand have fallen during the past two weeks.

On September 18, the date marking Japan’s invasion of China in 1931, Japanese car brands including Nissan, Honda, Toyota, Mazda and Mitsubishi Motors suspended part of their production in China. Toyota did not resume production until Monday.

Disputes between China and Japan have cast a shadow on the bilateral trade between the two countries. He Weiwen, co-director of the China-US-EU Study Center under the China Association of International Trade, told the Global Times that Japan will suffer more in the current dispute as Japan relies much more on the Chinese economy.

Experts believe that auto brands from the US, South Korea, and Europe, especially German brands, are expected to see better performance, given the slide in demand for Japanese cars.

In August, sales of Japanese cars in China saw month-on-month growth of just 2.3 percent, compared with more than 10 percent growth for auto brands from countries such as the US, South Korea and Germany, data from the China Association of Automobile Manufacturers showed earlier this month.