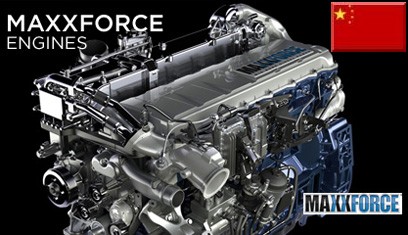 Navistar has formed an engine joint venture with Jianghuai Automobile Co in Anhui province and is again clocking up miles on a road trip in China that began more than 60 years ago.

Navistar, with roots that go back to Chicago in 1902, is headquartered in Lisle, Illinois, and had revenue of $14 billion last year. JAC is a commercial vehicle manufacturer whose products include buses, heavy-duty trucks and light trucks. Its turnover was 30.47 billion yuan ($4.87 billion) last year.

Reeling at home under the pressures of a grim US economy, Navistar’s net income there fell from $1.4 billion in the third quarter of last year to $84 million this year, according to the company’s results.

In contrast, Navistar’s turnover outside the United States was $3.5 billion last year, up $2 billion on the previous year. The company said it expects that turnover to rise to $12 billion by 2015, similar to the figure in North America.

Against that backdrop, Navistar is now giving much more attention to China, where the authorities approved the engine joint venture with JAC in July. The deal was signed on Aug 23.

The company has only recently started to gain coverage in the Chinese media, but its ties with the country go back decades. A truck that appears on the 1953 version of China’s one-fen bank note is said to have been adapted from Navistar’s K-series trucks.

A total of 3 billion yuan is being invested in the engine joint venture, and a factory is currently under construction. It is due to open next year and expected to have an annual production capacity of 150,000 vehicles, said Leo Lu, general manager of Navistar China.

Rudi von Meister, president of Navistar China, said what Navistar can offer in this partnership is the vision of a global market and cutting-edge technology, “while JAC can teach us how to reduce costs, so we can compete in this cost-sensitive market”.

In 2006, he joined Fiat Group as general manager of China operations for the Iveco commercial vehicle division and vice-president of business development at Fiat China.

Although Navistar has sold trucks through dealers in China for years, “the idea that we come as a truck maker really emerged when engine localization became a reality”, Von Meister said.

Navistar first licensed its engine to Dongfeng Chaoyang Diesel Co, a JAC engine supplier, and then hooked up with JAC.

The joint venture’s products will incorporate Navistar MaxxForce engines and its suspension and braking systems, Von Meister said. For buses, bodies will be imported from the US, “with some adaptation to Chinese industry standards”.

There has been a spate of serious school-bus accidents in China in the past year, and the government has tightened safety requirements, providing an opening for Western school-bus manufacturers.

Asked about the buses, Von Meister said: “We came not to make the Rolls-Royce-level bus in China, because the market doesn’t want it. If the market wants a Chevrolet-level bus we will do it.”

He said that the company has been working closely on the buses with Chinese industry safety experts since last year.

Although the company said the vehicles to be produced by the joint venture will include medium-sized and heavy-duty trucks, the specific models have yet to be decided.

The Chinese market heavily favors cab-over-engine trucks, he said, a formula introduced by European and Japanese truck makers, which Von Meister said is appropriate to many Chinese cities with narrow roads, but which are less aerodynamic and fuel-efficient than cab-behind-engine models.

Cab-behind-engine trucks, often called long-nose trucks, are estimated to be up to 15 percent more efficient than their cab-over-engine counterparts. The joint venture will consider bringing the long-nose, which is prevalent in developed economies, to China.

Apart from tapping the domestic market, the joint venture also shares a common mission to explore the global market, said An Jin, president of JAC.

Von Meister said that when one market falls “there are other markets going up, so our business is more stable by not being too exposed to a single market”.

With the prolonged downturn, China may be a better market than the US or Europe, but three years of bullish growth appear to have ended.