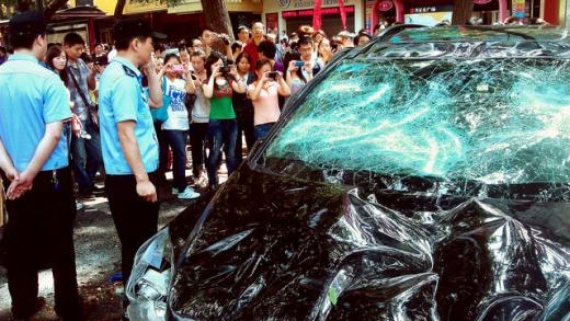 The China headquarters of Nissan Motors in Guangzhou confirmed to the Global Times Friday that all their customers whose cars were damaged in recent anti-Japanese riots could gain free repairs or renewal services as well as coverage for medical care if they had been hurt in the incidents.

The news was announced by the Japan-based automotive giant Nissan Motors in Japanese media on Thursday, according to Ge Yang, a public affairs officer for Nissan Motors’ Guangzhou office.

Ge told the Global Times on Friday that the announcement had been passed on to all Nissan dealerships stores across the nation early this week.

For those who died or received a permanent disability in the riots, Nissan said it would pay up to 100,000 yuan in compensation.

But car owners are required to provide a certificate from the local police authority to prove the actual cause was related to the riots before they are able to receive compensation, Ge said.

Mao Xiaoling from Bolianshe, founder of blshe.com, a realname blogger association website, said on his Sina Weibo account on Friday that Nissan’s moves were an attempt to save market share in China after losing customers, but it was helpless to stop changing the deteriorating Sino-Japanese relations.

Besides Nissan, other major Japanese motor companies like Toyota and Honda have also declared similar compensation policies recently, according to the Beijing Times.