BAIC is going Big in electric vehicles in China 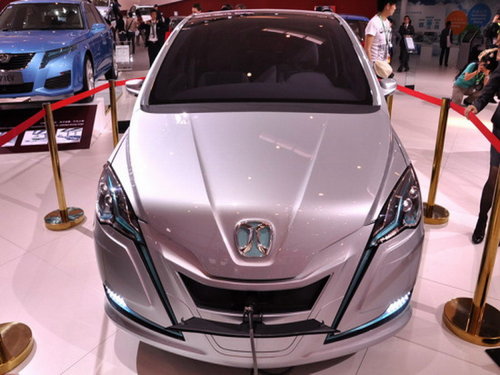 The BAIC Group, one of China’s biggest automobile companies, says it plans to invest 1.7 billion yuan ($272 million) into the research and production of new-energy cars within the next three years.

The State-owned automaker is going to construct three plants of new-energy vehicles before 2015, which will cover an area of 4,500 mu (300 hectares) with a production capacity of 150,000 vehicles annually, said Li Zhili, a member of the board of Beijing-based BAIC Group, on Wednesday.

The company has established a plant in the suburban Daxing district of Beijing with 40 thousand units’ capacity of vehicle production, which makes new-energy vehicles and key components such as batteries and motors, he told reporters from both China and abroad during a news conference.

The reporters were invited by the press center of the 18th National Congress of the Communist Party of China. Journalists from overseas and Chinese mainland media have visited some places in Beijing, Hebei province and Tianjin since Saturday.

Lin Yi, executive director of BAIC Motor Electric Vehicle Co Ltd, a wholly owned subsidiary of BAIC Group, said that the company’s three models of new electric cars have been produced and some of the cars have been sold to taxi companies, bus companies, and some business partners of BAIC.

A total of 300 electric taxi cars have been running in Beijing’s suburban regions such as Miyun county and Pinggu district since summer, and the taxis performed well with an average daily route of 120 to 150 km, he said.

The company’s electric cars have not been sold in the car yards yet, and at least one model of the electric cars will be produced on a large scale and sold to consumers at car yards next year, he said.

The cost of each electric car is about 230,000 yuan on average, and electric-car buyers could enjoy a subsidy of about 120,000 yuan, with 60,000 yuan from the central government and the rest from the Beijing municipal government.

“The market price of electric cars will be about 100,000 yuan after deductions with the government subsidy,” he said.

Apart from the subsidy, the government has also made some favorable policies for electric cars. For example, electric-vehicle buyers could be exempt from the car-plate lottery system, under which less than 2 percent of applicants are allowed to buy new vehicles.

Lin said that consumers are not very enthusiastic about electric cars, given the fact the engine power is weak and the battery cannot support a long drive.

The company is planning to produce mix-power vehicles with both gasoline and battery power. The battery engine is started at the beginning of the journey, and the gasoline engine could be automatically started when the battery power runs out.

“The battery could support a range of 150 km and the gasoline could support 300 km,” he said, adding that the mix-power vehicles are to be produced next year.

The State Council in June issued an outline to promote the application of new-energy cars and develop the country’s new-energy automobile industry.

The Ministry of Science and Technology said in a statement issued in October that a total of 23 electric cars will be used in 11 State agencies in a pilot program aimed to promote new-energy vehicles for official use.

The move offers an opportunity to showcase the latest progress in China-made new-energy automobiles.