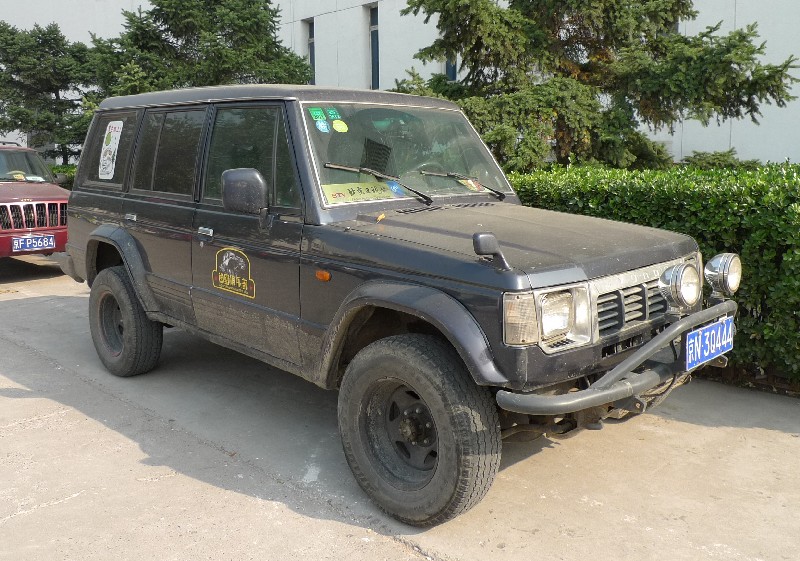 A rugged Hyundai Galloper seen on the China International Auto Parts Expo (CIAPE) in Beijing. The Galopper is an interesting vehicle because it was not really a Hyundai, it was basically a rebadged first generation Mitsubishi Pajero, produced by Hyundai under a license agreement. 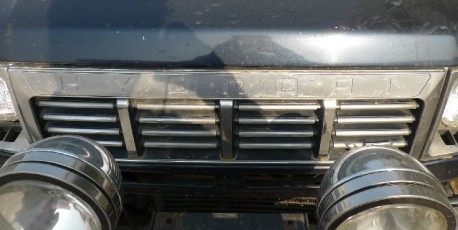 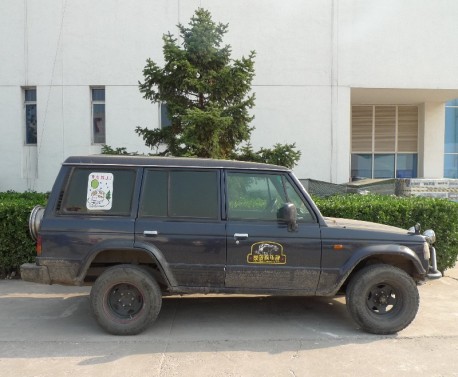 This Beijing Galopper was customized a bit with higher suspension, off-road tires and a bull bar. The owner seemed to be a member of a mountain-racing club, so this old Hyundai is still good for a fight. As far as I know the Galopper was never officially sold in China and this fine example was the first one I met in the capital. 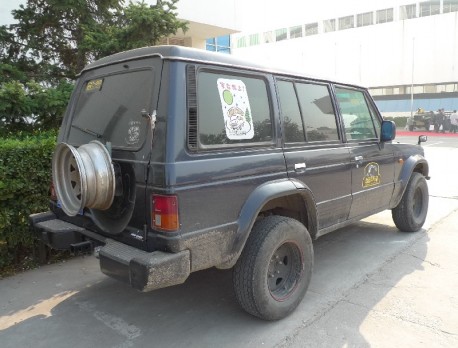 Strangely, the tire was gone from the spare wheel…