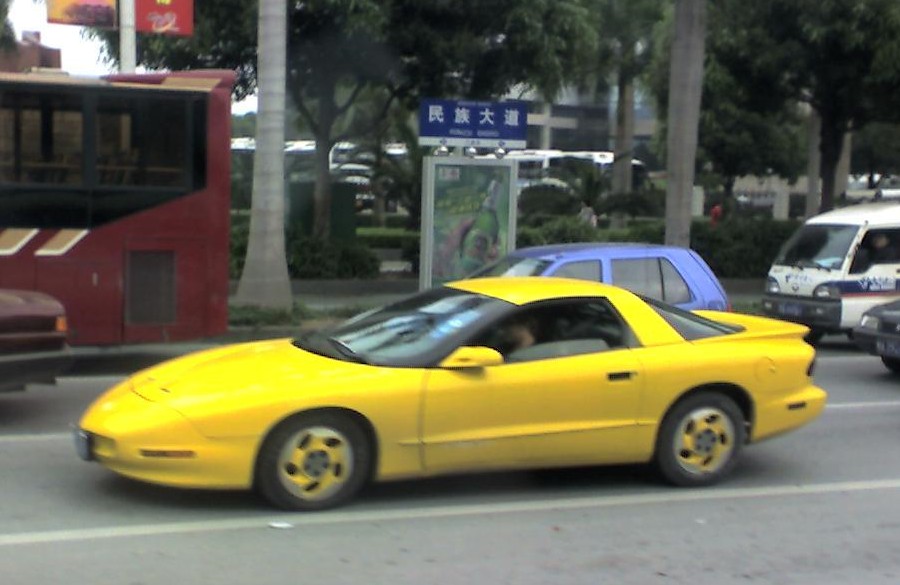 A very yellow Pontiac Firebird Coupe, seen in the great city of Shenyang in Liaoning Province. It was very fast too, after one hurried shot it was just gone. Note yellow alloys. The fourth generation Pontiac Firebird was made from 1993 until 2002, it was never officially exported to China but some arrived via the gray market. I recently saw a red example in Shanghai but that one was even faster, out of my sight before I had my phone in hand. The Pontiac Firebird was powered by a 3.4 V6, a 3.8 V6 or the mighty 5.7 V8 that also powered the Chevrolet Corvette C5, it was good for a healthy 305hp and 454nm.