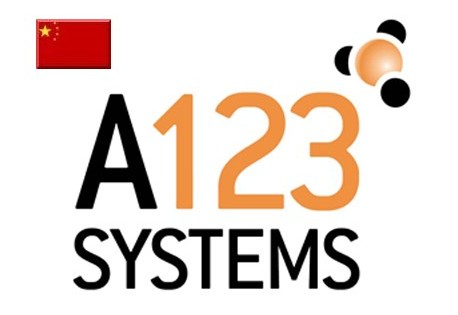 Bankrupt battery maker A123 Systems Inc. on Sunday said it will sell most of its assets to the U.S. arm of Chinese auto parts conglomerate Wanxiang Group Corp. for $256.6 million.

Wanxiang America Corp. won an auction conducted under the supervision of the U.S. Bankruptcy Court for the District of Delaware. A123’s government business will be sold separately, for $2.25 million, to Navitas Systems, of Woodridge, Ill.

A hearing seeking the necessary court approval of the sale is scheduled for Tuesday. The deal must also be okayed by the Committee for Foreign Investment in the United States, a federal inter-agency committee that reviews sales of U.S. companies to foreign owners. The company has about 2,000 employees.

Waltham, Mass.-based A123, which makes lithium ion batteries for electric cars, grid storage and commercial and military applications, was awarded a $249 million grant from the Department of Energy in August 2009 to help it build U.S. factories. About $130 million of that grant was delivered before the company fell victim to the lackluster market for electric cars.

In September 2009, it also held a successful initial public offering, raising $380 million as its stock gained more than 50 percent, to close over $20. Shares closed at 13 cents the session before it filed for bankruptcy protection.

Despite opening several plants, developing highly-touted new technology, including a battery that could operate in extreme heat or cold, and signing deals with top automakers like General Motors, Chrysler and India’s Tata Motors, the company never posted a profit. In August, it reported an $83 million loss for the second quarter. At the same time, A123 said it reached a financing deal with Wanxiang Group for up to $450 million to help it stay afloat.

But still short of cash, the company sought bankruptcy protection in October, and said it would sell its automotive unit to Milwaukee-based auto parts marker Johnson Controls Inc. for $125 million.

Wanxiang challenged Johnson Controls’ role as the primary bidder, and stepped in to provide bankruptcy financing to when the U.S. company declined to do so. In a statement Sunday, Johnson Controls said it officially withdrew from the auction when it declined to match Wanxiang’s bid, because the price was higher than the value of the assets to its operations.

The Justice Department has said A123 needs the government’s consent to sell its assets, maintaining in Bankruptcy Court that any sale must protect the government’s interests because of the 2009 grant.

DOJ maintained that its assets included the roughly $120 million that wasn’t handed over yet under the grant, A123’s cost-sharing obligations under federal assistance programs, and property and equipment purchased with government funds.

A123 said Sunday that the terms of the deal will see Wanxiang acquire its automotive, grid and commercial business assets, including all technology, products, customer contracts and U.S. facilities in Michigan, Massachusetts and Missouri. It will also get A123’s cathode powder manufacturing operations in China and its equity interest in Shanghai Advanced Traction Battery Systems Co., A123’s joint venture with Shanghai Automotive.

Excluded from the agreement is A123’s Ann Arbor, Mich.-based government business, including all U.S. military contracts, which would be acquired for $2.25 million by Navitas Systems, a company that makes energy storage products for commercial, industrial and government agencies.

“”We think we have structured this transaction to address potential national security concerns expressed during the review of our previous investment agreement with Wanxiang announced in August, as well as to address concerns raised by the Department of Energy,” said A123 CEO Dave Vieau in a statement. “We believe this transaction balances those risks with A123’s obligation to act in the best interest of our creditors.”

If the deals are approved by the court, the shares will be worthless. That’s because proceeds from the sale of the two parts of A123 would be less than the company owes its creditors.

Based in Chicago, Wanxiang America has been in the automotive and industrial markets in the U.S. since 1994 and currently has more than 3,000 U.S. employees. It is a subsidiary of Wanxiang Group, China’s largest automotive components manufacturer and one of China’s largest non-state-owned companies.

“We plan to build on the engineering and manufacturing capabilities that A123 has established in the U.S. and we are committed to making the long-term investments necessary for A123 to be successful,” said Pin Ni, president of Wanxiang America.