Beijing will limit the use of Government Vehicles on polluted days 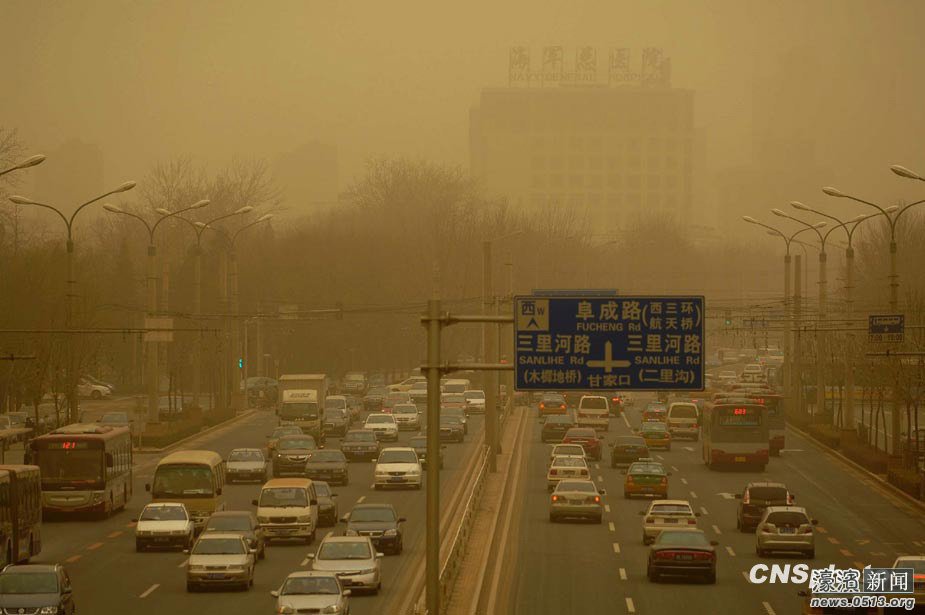 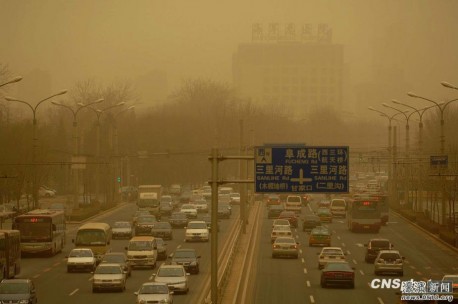 Government organizations and public institutions are being asked to reduce the number of official vehicles on the road by 30 percent when the daily intensity of PM 2.5 – particulate matter smaller than 2.5 micrometers in diameter – exceeds 500 micrograms per cubic meter, according to an emergency plan against heavy pollution that was released by the government on Friday.

“It is of great importance as the winter sees a lot of heavy pollution days, and the elderly and children are especially vulnerable,” said Ma Jun, director of the Institute of Public and Environmental Affairs.

In addition, industries related to metallurgy, construction materials and chemicals must reduce production and cut emissions by 30 percent during pollution emergencies.

Extreme pollution is an air quality index of 500, and the daily average intensity for PM 2.5 exceeds 500 micrograms per cubic meter.

The daily average intensity for PM 2.5 drops to 300 to 500 micrograms per cubic meter for severe pollution, and 201 to 300 for serious pollution, it said.

When the daily average intensity of PM 2.5 gets between 500 to 300 micrograms per cubic meter, building demolition and construction should be suspended, and the industries related to metallurgy, construction materials and chemicals have to cut their emissions by 15 percent, it said.

No mandatory emission reduction measures will be taken when the intensity is below 300 micrograms per cubic meter. However, enterprises and companies that are likely to raise dust or cause pollution are being asked to control their emissions through means such as watering down construction sites.

The city will also release various alerts and warning messages on the effects of pollution on health, in accordance with the seriousness of the air pollution, the bureau said.

Students from middle and primary schools in the capital are asked to stay indoors and cancel outdoor activities, such as soccer games, when the city is seriously polluted so as to reduce the chances of getting ill, said Yu Jianhua, head of the atmospheric environment management office of Beijing Municipal Environmental Protection Bureau.

“The particulate matter will lead to pneumonia, asthma and other diseases of the respiratory system, and PM 2.5 with a smaller diameter is especially dangerous” he said. “The elderly, children and people with poor heart-lung function must stay indoors when the air is seriously polluted.”

Wang Yu, a 27-year-old Beijing resident, said he believes the emergency plan was formed with good intentions but it still depends on implementation.

“Only with punitive measures can institutions really carry out the policy and really reduce emissions,” he said.

The bureau said an air quality monitoring network covering the whole city has been set up to monitor and evaluate the intensity of pollutants, including PM 2.5 and carbon monoxide, as well as other pollutants.

Daily reports on air quality and alerts, as well as precautionary health tips, will be provided to the public through the bureau’s official website and micro blog on Sina Weibo, a popular Twitter-like website.

As the number of vehicles in Beijing is now more than 5 million, automobiles are definitely one of the major sources of PM 2.5 in the city, Yu said.

“Having the cars off the road and reducing the consumption of coal could ease the extreme pollution and reduce the intense pollutants,” he said.

Almost a quarter, or 24.5 percent, of the PM 2.5 pollutants are from neighboring provinces, the chief culprits in the pollution, the analysis said.

According to the city’s emission reduction plan, the annual concentration of major pollutants in the air will be reduced by 15 percent as of 2015 compared with 2010, while the figure is expected to witness a sharp drop of 30 percent in 2020.

“Hopefully, the capital will reach the new standard required for the country’s air quality as soon as possible,” said Yu.

The Ministry of Environmental Protection announced earlier this month its plan to further reduce the emission and pollutant intensity by reducing the intensity of PM 2.5 by 5 percent by 2015 from 2010 levels in 13 major areas, which cover 14 percent of the country and 117 cities that contribute 71 percent of the nation’s GDP and have 48 percent of its population.

The Beijing-Tianjin-Hebei region, as well as the Yangtze River Delta region and the Pearl River Delta region, all of which are China’s most prosperous areas, are asked to have the PM 2.5 intensity cut by at least 6 percent, it said.

Beijing started releasing PM 2.5 data this year, and the city plans to cut down the major pollutant indexes as well, having PM 2.5 drop to 60 micrograms per cubic meter in 2015, from the current intensity of 70 to 80 micrograms.

The city is carrying out a 250-square-km afforestation project, mostly in bordering areas and near the city’s Sixth Ring Road. It is meant to act as a protective screen and shield the city from sand and dust from neighboring cities.

About 95 percent of the trees that have been planted are growing well, according to the Beijing Municipal Landscape and Forestry Bureau.