Chevrolet Sail gets a Sexy makeover in China 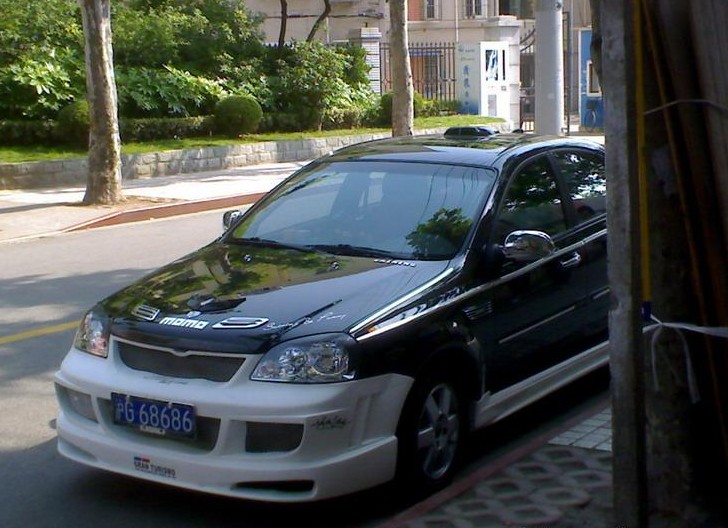 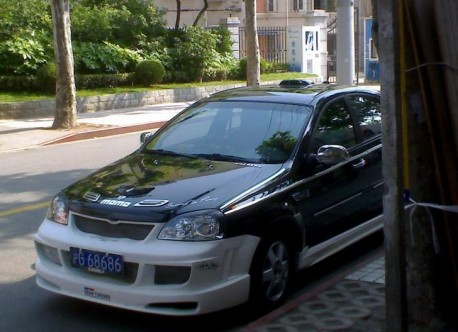 Here we have a rather extreme Chevrolet Sail hiding behind a tree in a suburb of Shanghai, but we can see it anyway! The Chevy is sexed up with a gigantic body kit that turns the small family hatchback in some kinda horror racer. That’s at least 10 kilo plastic. Other fastmakers include a fake air intake on the rood, fake air intakes on the bonnet and chromed mirrors. 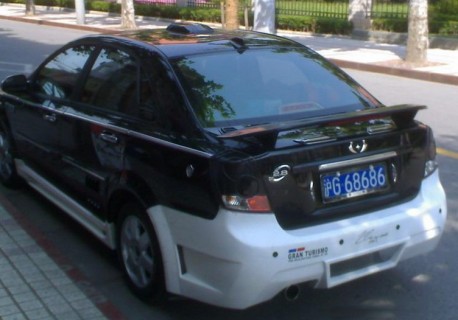 A look at the back reveals the side skirts and rear bodywork, including a diffuser, a fat exhaust pipe and a large wing. Sail on! The Chevrolet Sail is made in China by the Shanghai-GM joint venture, this superfast Sail on the pics is a second generation car that was made until 2010.