Beijing will maintain car quota and license plate lottery for 2013 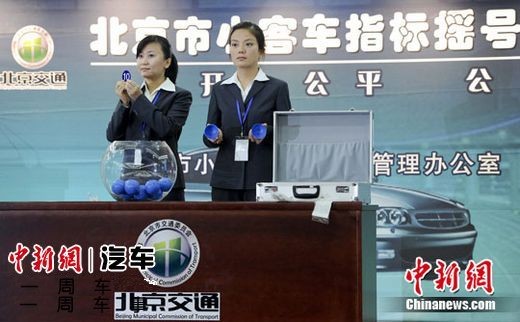 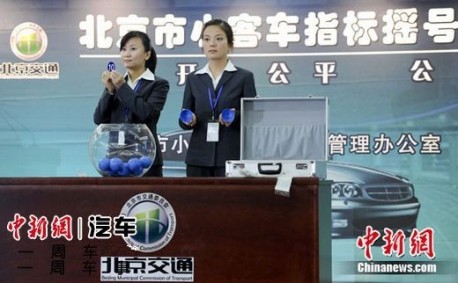 Beijing will maintain its license plate lottery scheme next year, as well as cap the number of registered cars at 240,000, a local official said Thursday.

Li Xiaosong, deputy director of the municipal commission of transport, told a press conference that the number of new vehicles on the road has been significantly curbed since the adoption of a system in 2011 that requires car buyers to participate in a lottery every month to obtain purchase permits.

However, congestion still remains a large problem, Li said, adding that the previous car quota of 240,000 will remain unchanged for 2013. Li said different ways of allocating the quota are still being discussed and will be publicly announced after being finalized.

“Permits that are not used by winning lottery participants will be put back in the pool,” Li said. The number of participants in January’s lottery exceeded 1.4 million. Approximately 20,000 purchase permits are set to be issued.

Beijing has a permanent population of around 20 million and some 5.2 million vehicles, with the number of private cars still on the rise.