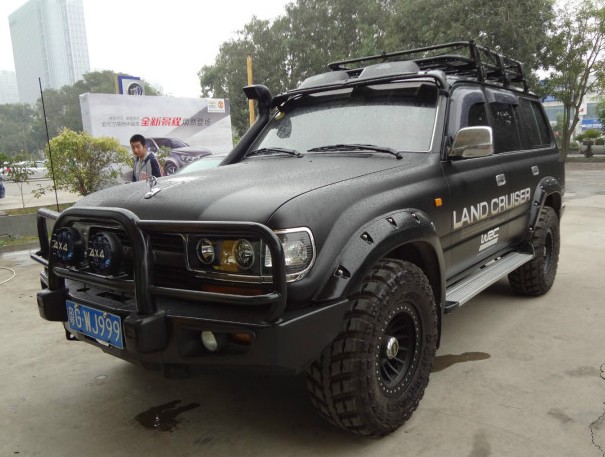 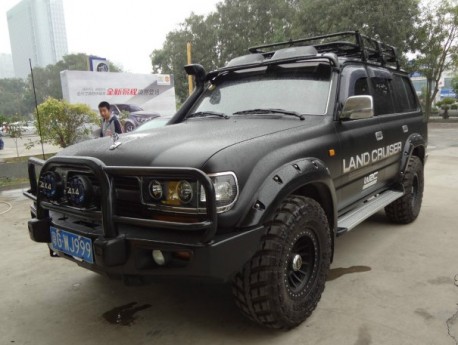 A sinister Toyota Land Cruiser 80 Series in matte black, seen in the great city of Foshan in Guangdong Province. Wrapped SUV’s are still relatively rare but looking at this Toyota we think there should be more! Wrap extends neatly over the bumpers but the mirrors were sadly forgotten. The vehicle is further sexed up by extra-wide wheel arches, a bull bar, special head lights, a roof rack an huge wheels. 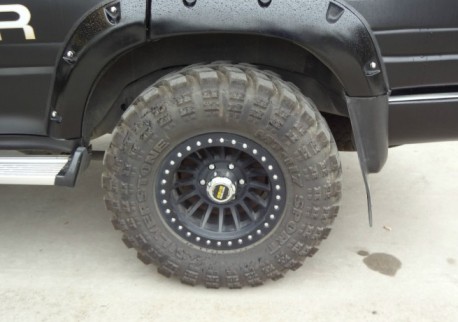 For off roading only, these tires will be very uncomfortable on the road, but the look good… Toyota Land Cruiser 80-series was made from 1989 until 1997 and it was never officially exported to China, some cars however came in via the gray market or diplomatic channels. Power came from a 4.5 liter six-in-line petrol engine or a 4.2 liter six-in-line diesel. 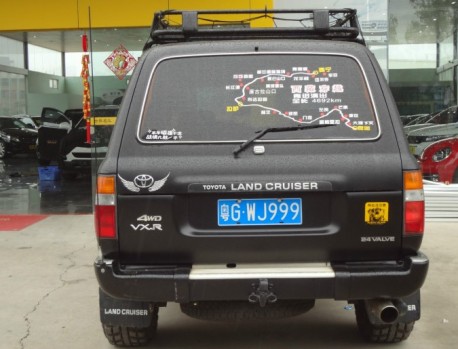 A few fake badges make any car better! Low sitting big piped exhaust is not too good for the mountains.