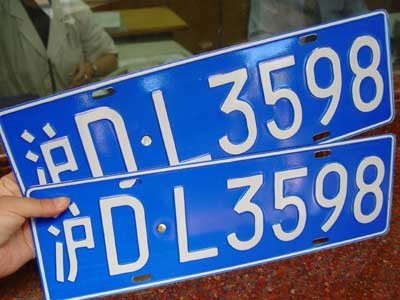 The Shanghai government is trying to further regulate the car plate market by requiring that the price of secondhand car plates does not exceed the auction prices of new car plates, the municipal government said on Thursday.

The new move, which will be in force on March 23, the date of the upcoming car plate auction, is the one of the four new measures introduced by the government to fight against speculation and curb surging car plate prices, which were at about 83,571 yuan ($12,736) in February.

The other three measures include limiting the number of new car plates released, optimizing the auction process and intensifying the research and introduction of more policies.

The government blamed the secondhand prices of car plates as one of the key factors that pushed the prices to a record high, as bidders are taking the prices from the secondhand market as a reference for their tender prices.

The prices of secondhand plates have exceeded those of auctioned ones for about 10,000 yuan for the past two months. The increasing demand for private cars and the investment value of car plates are other reasons behind the surging prices.