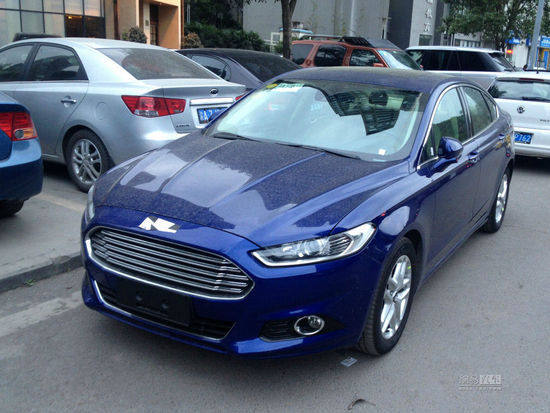 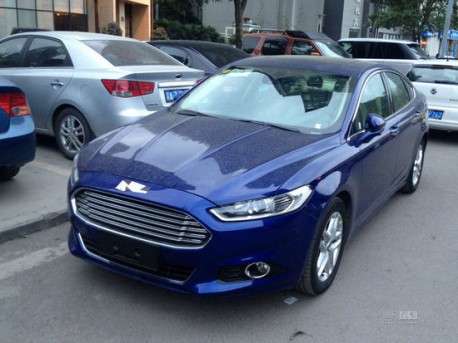 The best spy shots so far of the new Ford Mondeo in China. It will debut on the Shanghai Auto Show in April and it will be launched on the Chinese car market in May. Price will range from 170.000 yuan to 260.000 yuan. 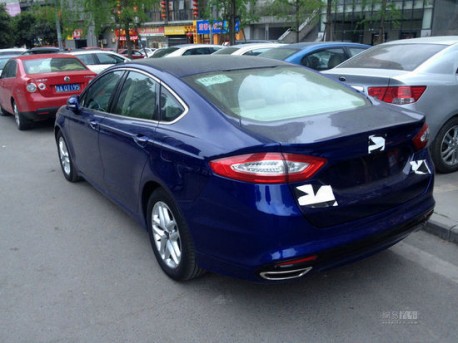 The Ford Mondeo is made in China by the Chang’an-Ford joint venture. There will be two engines: a 240hp 2.0 turbo and a 180hp 1.6 turbo. Chinese media reported earlier that Ford is considering a hybrid version too, and a 1.5 turbo three-cylinder engine might become available as well, but certainly not at launch. 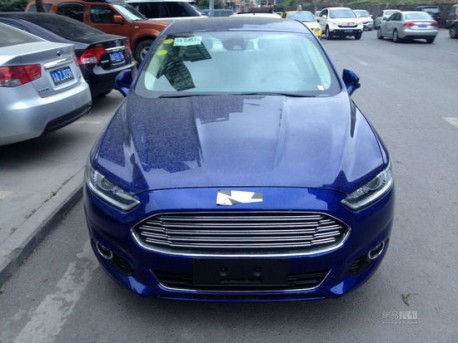 The China-spec Mondeo has extra chrome in the grille compared to the European and US variants.

Production of the current Ford Mondeo will likely continue for another two years as a budget alternative, just like Ford is doing with the Ford Focus Classic and the new Ford Focus. Sales of the current Mondeo are still very strong so Ford wants to keep it alive as long as possible. 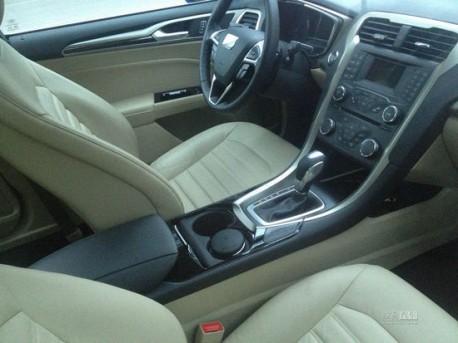 This particular vehicle seems to be rather low-spec with only a small screen on the center console, more expensive versions will get a large touch screen. 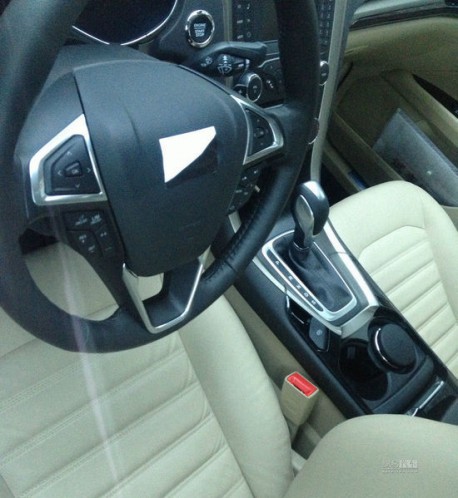