Volkswagen Scirocco is white, black and orange in China 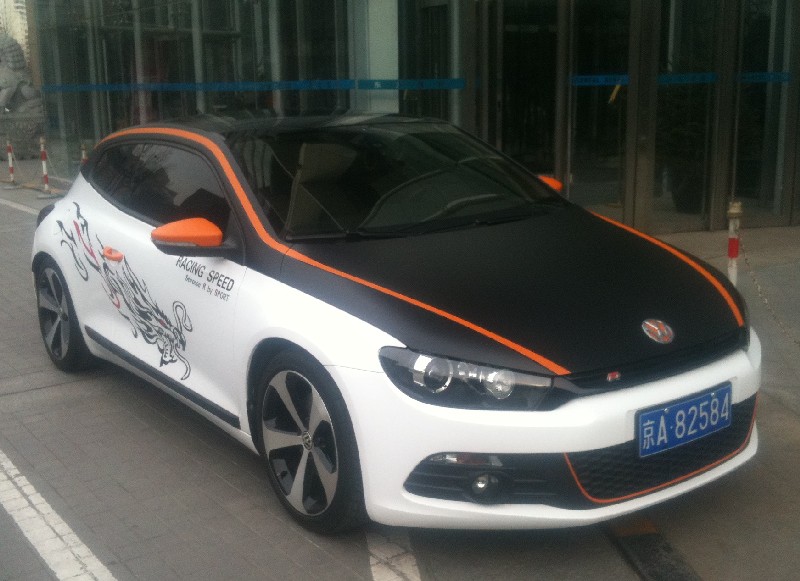 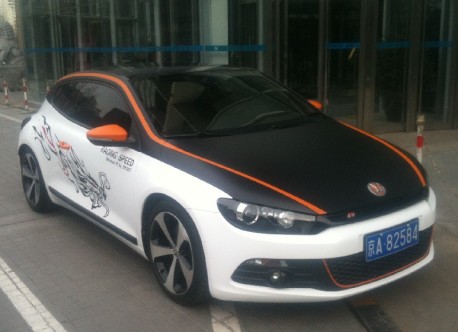 A very interesting Volkswagen Scirocco in white, black and orange, seen near a shopping mall not far from my home in Beijing. The original color is white, the black and orange parts are wrapped. The orange line functions as a sorta racing stripe going front the bonnet via the windows to the back. 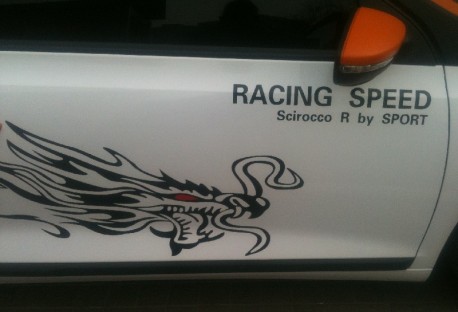 A rather aggressive drawing on the door, showing a fierce dragon with red eyes and large horns growing from its nose, but strangely without flames firing from his mouth. Another sticker tells us the story of the car. This indeed, is a Scirocco R, by Sport, capable of Racing Speed. Stickers like these cost 10 yuan, stickers that make sense maybe 15. The dragon can be had for 30. 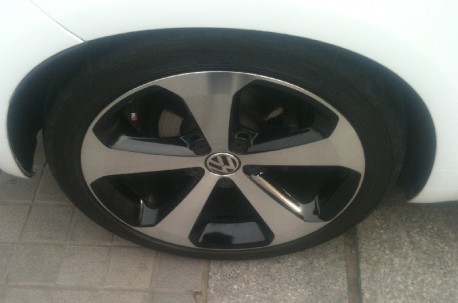 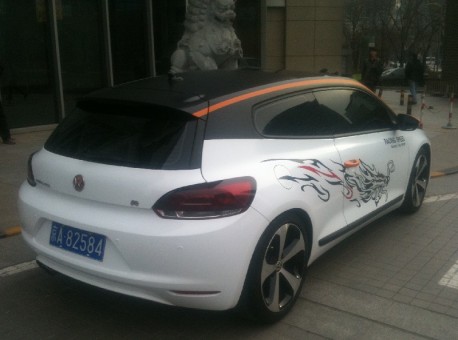 Orange stripe ends just above rear window. Black on side doesn’t really connect with black back, but original it all certainly is. The Volkswagen Scirocco has become a very popular sportscar among young single men wearing tight trousers. Earlier on we met some more: body kit, purple, low-pink rider, only bodykit, pink, an AMG and orange.