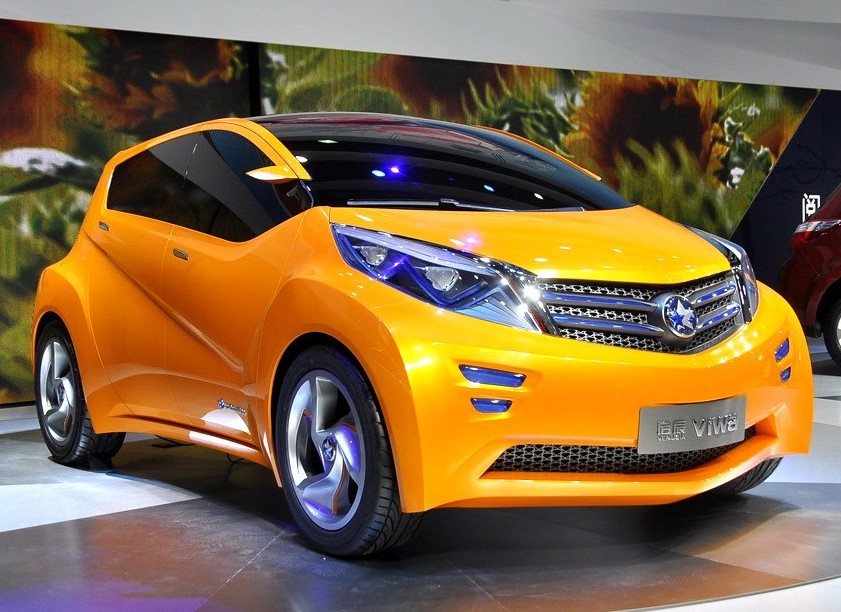 This is the new Dongfeng-Nissan Venucia Viwa , it debuted today at Shanghai Auto Show. Design of the Viwa is, we say, interesting and surprising at the same time. Yellow paint is cool. Venucia is a sub-brand from the Dongfeng-Nissan joint venture, they make cheap cars based on old Nissans. The Viwa previews a future small car, which will likely be based on the current Nissan March that is made in China by Dongfeng-Nissan. 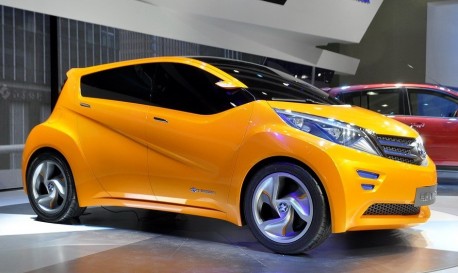 Lines are certainly aggressive, a bit cartoon-hero like. As if it will suddenly hit someone in the face. The Venucia Viwa concept is an electric. Sure it is. The real car, which is expected to be launched on the Chnese car market in 2014, will be petrol-powered only. The cheapest March costs 60.000 yuan, the Venucia-variant will cost around 10.000 less. 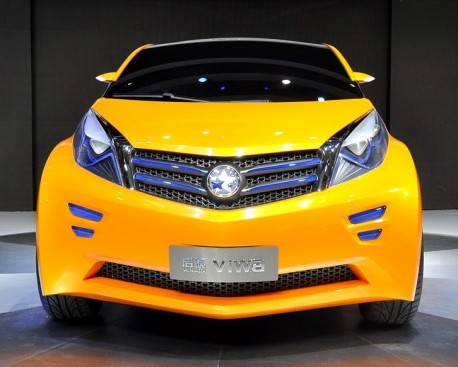