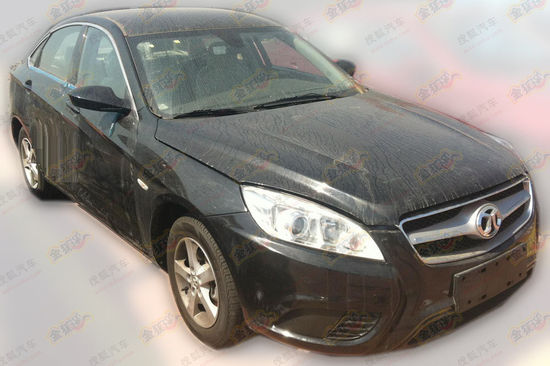 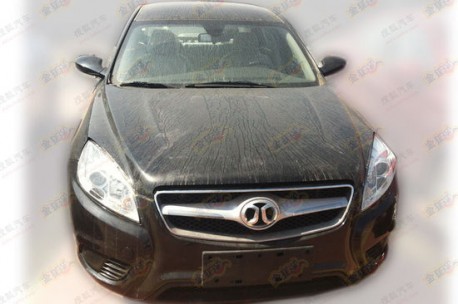 Imposing grille with a fat chunk of chrome, just like Chinese car buyers want it. The rest of the grille, and indeed the whole car, doesn’t look too exciting. Nut that too, is exactly how the market likes it best. The grille can be a bit shiny all rights, but buyers don’t dig any more funky stuff. 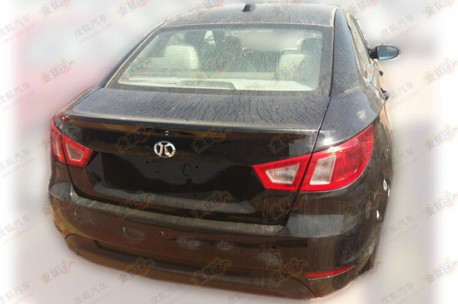 The C50E will be powered by a direct-injection 1.5 liter turbo with 163hp and 225nm (earlier on we heard 170hp and 262nm). The engine is called ‘T-Power 150′ and will be used in various other Beijing Auto branded cars. The C50E will likely become available with Beijing Auto’s own 1.8 turbo as well, the same engine is also used in the Shenbao D-Series. 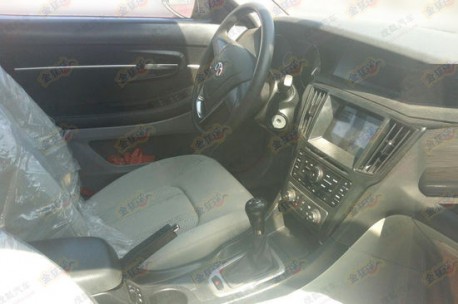 Best shot of the interior so far. Big screen, manual gearbox. Key hole on the steering-column and not more-Saab-like on the center tunnel. The Shenbao D-Series stays closer to Saab traditions. 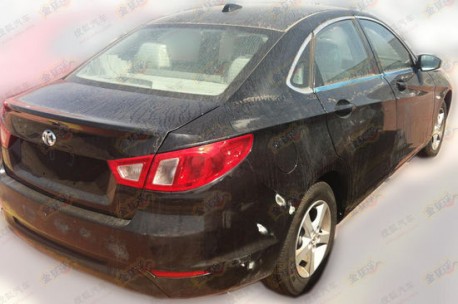 Integrated wing at the back for sporty. Small wheels for fuel economy.