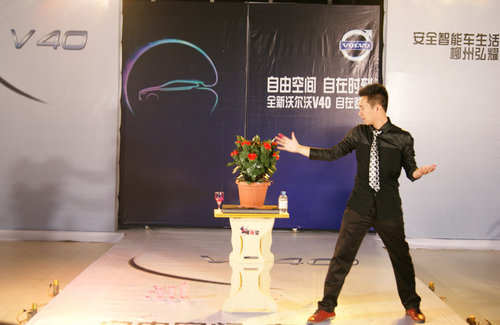 Chinese-owned Swedish automaker Volvo Car Corp expects to be selling 200,000 cars a year in China by 2018, a senior executive said, two years ahead of its latest target and as a new assembly plant gears up for full production later this year.

Volvo competes in China, its second-biggest market after the United States, against global luxury brands BMW, Jaguar and Volkswagen AG’s Audi. Daimler has said it expects the premium auto market to grow at a “high single-digit or low double-digit rate” this year in China, where total vehicle sales rose 13.4 percent in April from last year, up from 10.7 percent growth in March.

While China’s premium sector has grown faster than the industry average in recent years, the government is keen to stamp out over-the-top luxury, and many drivers are cautious not to look too flashy – which could play to Volvo’s strengths in quality and solidity.

Volvo originally said demand in China, the world’s biggest auto market, would account for nearly half the additional volume it plans to generate around the world, but momentum fizzled last year as Volvo was forced to clean up management discipline at its independent dealer-operators.

While Volvo has failed to boost its China sales as much as it had hoped since 2011, the executive – who spoke to Reuters on condition he wasn’t named as the sales projection is an internal target – said the renewed confidence was due to expectations for local car production and to changes in how it manages its network of retail showrooms. Those changes, he said, have resulted in “lots of good returns, and sales are now growing as planned.”

A new Volvo plant in the southwestern city of Chengdu is “more or less completed,” said Volvo spokesman Per-Ake Froberg, and is producing a limited number of cars to test the facility’s manufacturing processes and the quality of the cars it plans to make there. Full production should begin in the fourth quarter, he added. The plant will be able to produce 125,000 cars a year.

A second assembly plant is being built in the northeastern city of Daqing, with production not expected to start until the end of 2014, Froberg said.

With the Chengdu plant up and running, the executive predicted Volvo could hit its 200,000 cars a year goal in five years. “If we stick with the strategy and implement the plans as envisioned, I am positive we’ll reach the goal five years from the start of full localization of production,” he said.

Volvo and its owner Geely, which is also the parent of Hong Kong-listed Geely Automobile Holdings Ltd, believe China’s hunger for luxury cars is key to Volvo’s success globally. Making a hit out of the Swedish brand could have broader implications for corporate China’s global ambitions.

Volvo’s China sales and marketing operations are now managed by Fu Qiang, who last year replaced Richard Snijders, who moved to a new position in Volvo’s European operations. Under Fu, who joined Volvo China from Beijing Benz – the local sales unit of Daimler AG’s Mercedes-Benz and Beijing Automotive Group – Volvo is cranking up sales, though the firm’s global sales slid last year and have dipped so far this year.

In an emailed response to questions about the executive’s prediction that Volvo would likely hit its China sales target ahead of schedule, Froberg said: “Our sales goal for China is 200,000 cars by around 2020. If that happens in 2018 or 2022 is of less importance.” Starting production in Chengdu this year would be “instrumental” in getting Volvo to its sales goal, he added.

Neither Volvo nor Geely has said which models they plan to produce in Chengdu and Daqing, but company insiders have said Chengdu is likely to make a long-wheelbase version of the S60 sedan that Volvo has developed especially for Chinese drivers.

The Daqing plant is expected to produce sport utility vehicles such as the XC90, which one insider said would soon undergo a full re-design. The Daqing plant, though, will likely make the current XC90 model, with the re-designed model shipped to China from Sweden.