China announces plans for the longest undersea tunnel in the World 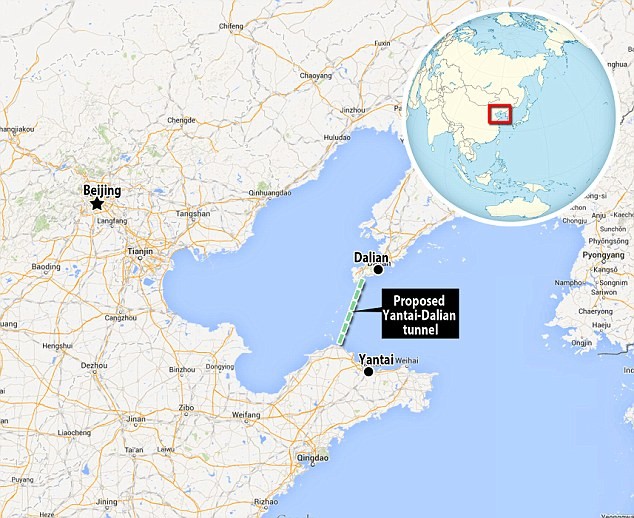 Architects from the Chinese Academy of Engineering are expected to submit finalised blue prints of the tunnel to the State Council next month, it has been reported.

This will take the ambitious project, which will be about 123 kilometres long and link Dalian in Liaoning province to Yantai in Shandong province under the Bohai Sea, a step closer to implementation, the South China Morning Post said.

If it is approved it is believed the resulting structure will be longer than the Seikan Tunnel and the Channel Tunnel combined- which are the world’s two longest tunnels.

It would also make it more than 10 times longer than any other tunnel in China.

While the cities only lie 170 kilometres away from each other – across the sea, on land the journey is more than 1,680 kilometres, and travel can take about 6.5 to eight hours.

Plans say the tunnel could take six years to build and once completed would be linked with China’s high-speed train system, Wang Mengshu. It would mean the journey between the two cities would be cut to 40 minutes.

The idea for the undersea tunnel was first mooted in 1992, but early plans were abandoned because of the ‘environmental impact and construction difficulties’.