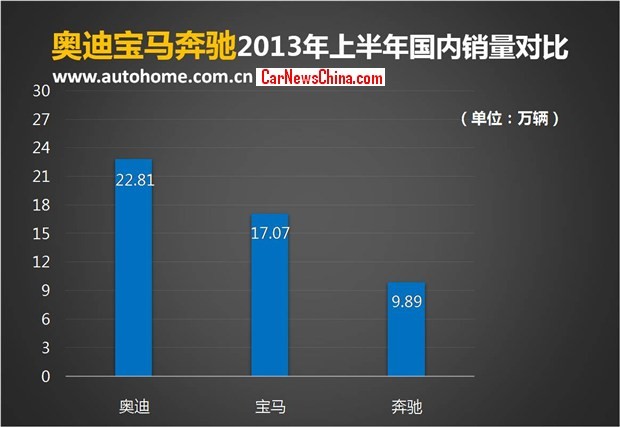 China sales numbers of the German Three over the first six month of 2013 have just arrived, showing Audi is the big winner and Mercedes-Benz a small loser. The numbers are sales-totals for the brands, including sales of locally made cars and sales of imported cars.

Audi cars are made in China by the FAW-Volkswagen joint venture, BMW cars by Brilliance-BMW and Mercedes-Benz cars by Beijing-Benz.