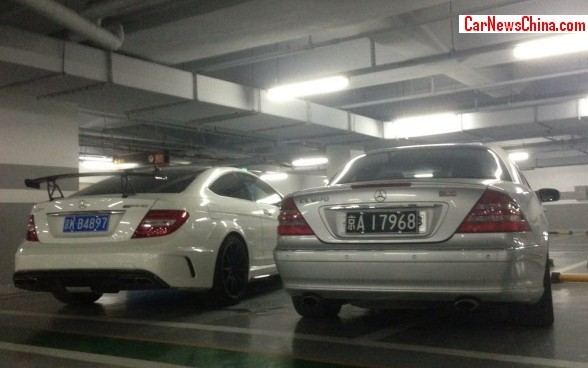 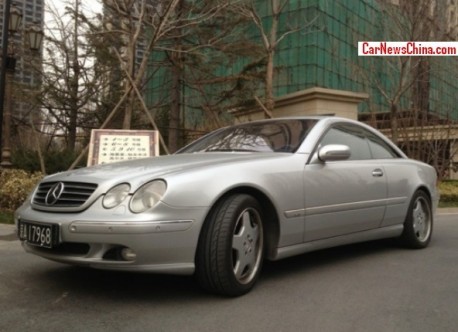 Sadly we only got one pic from the parking lot, but fortunately we have two more pics from this beautiful CL 600, now seen outside on a cold winter’s day. The black license plates indicate this particular vehicle was imported by a foreign-owned company which were allowed to import their own cars in the 1980’s and 1990’s. 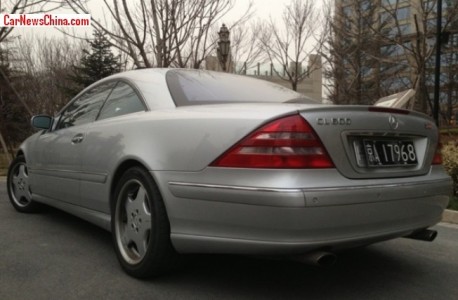 AMG 5-spoke alloys for more sporty. This perfectly preserved CL 600 is the second W215 we meet in China, just ten days ago we met a stealthy W215 CL55 AMG.