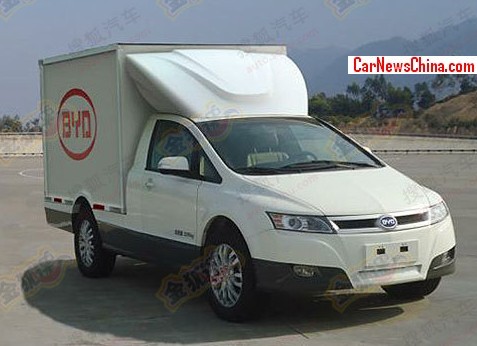 This is the new BYD T3 electric transport van, it will be launched on the China car market sometime next year. The T3 is based on the BYD e6 and designed to transport small-sized goods within city limits, maximum load is 600kg. A car like the T3 makes a lot of sense for green & clean, as most urban transport is now being done by minivans with stinky overcharged engines. 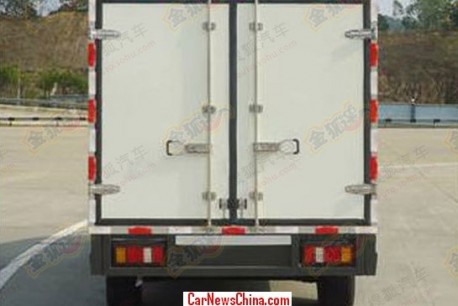 The T3 is the second electric commercial vehicle BYD is working on, earlier on we saw spy shots of the much bigger BYD T5 electric light-truck. Going commercial seems to be a very smart move, BYD might actually end up earning much more money on commercial electric vehicles than they ever did on electric passenger cars.