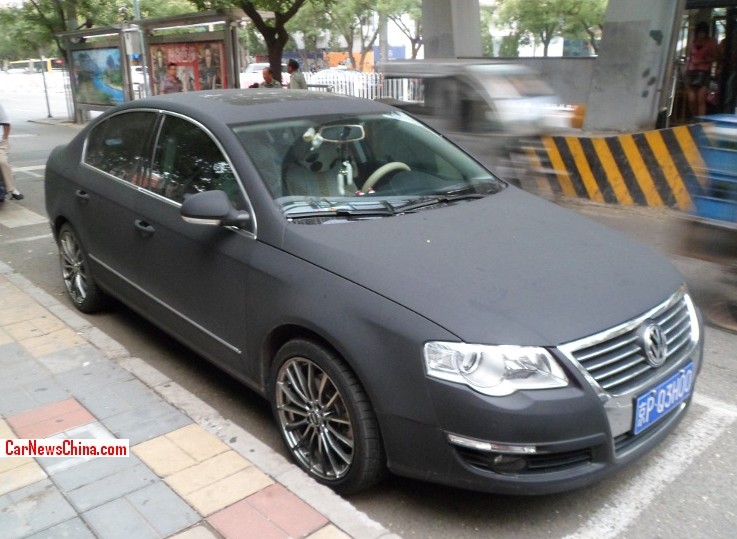 A very stealthy Volkswagen Magotan, seen close to the Sanlitun bar district in central Beijing by reader & serial spotter Navigator 84, thank you for the pictures! The manic Magotan was wrapped in a matte black wrap, and further prettied up by shiny 15-spoke alloys. The wrapping has been done very well, leaving most of the chrome alone for maximum contrast with the matte black. 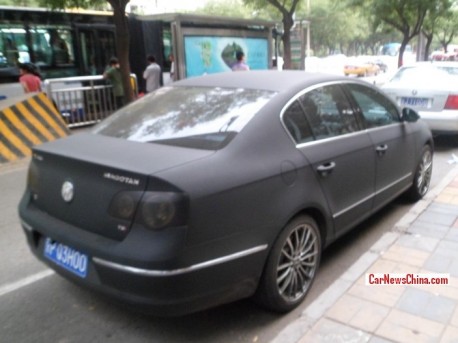 Chrome strip around the rear bumper is especially good. Blacked out rear lights for extra stealth at the back. The Volkswagen Magotan is a China-only sedan based on the Volkswagen Passat B6. It is made in China by the FAW-Volkswagen joint venture. Price starts at 199.800 yuan and ends at 292.800 yuan. Engines: 1.4 TSI, 1.8 TSI and 2.0 TSI. The Magotan is a fine but rather dull sedan and very rare too see dressed up, this matte black car in Beijing is only the second sexy we see after a matte purple example we met in December last year.