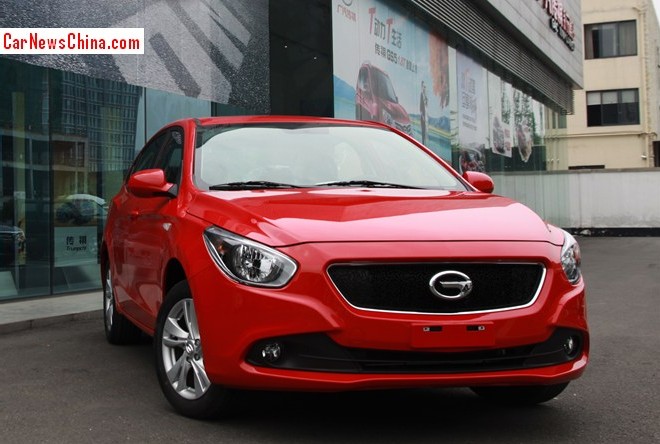 The platform of the successful Guangzhou Auto Trumpchi GA3 sedan will spawn five new cars. First up is a small SUV. It will be called Trumpchi GS3 and it will be positioned below the current Trumpchi GS5 SUV. The new GS3 will debut as a concept on the Guangzhou Auto Show later this month. The production version will be launched on the China car market in the second half of 2014.

The second car we know about is a hatchback variant of the GA3, which has been under development for a while. The production version s expected to debut late next year. We have no information about the other three variants but we suspect one will be a small MPV and one other a sporty crossover wagon. The fifth variant is likely the Gownow-branded verion of the GA3 which will debut on the Guangzhou Auto Show as well.

In other news on Guangzhou Auto; the company is currently developing a brand new 2.0 turbocharged engine with an output of 218hp and 300nm. The engine will be used to power a new sedan that will be positioned above the current Trumpchi GA5. The new sedan will get a wheelbase of at least 2900mm, compared to 2710 for the GA5.