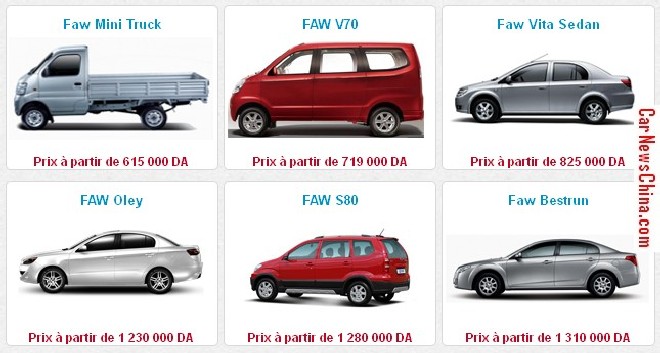 First Auto Works (FAW) will build an automotive assembly plant in Algeria. The factory will have an initial output of 10.000 car a year and a final output of 30.000 cars a year. The plant will make cars for the Algerian market, for other North African markets, and for export to Southern Europe.

The plant is a joint venture between FAW subsidiary FAW-African Investment Company and the Algeria Arco Fina Group. The joint venture will also build a sales network in Algeria. Algeria is Africa’s second largest automobile import market. In 2012, the country imported 568,000 vehicles.

FAW is the second auto maker to announce an assembly plant in Algeria after Renault that will start assembly in 2014 with an initial output of 25.000 cars.