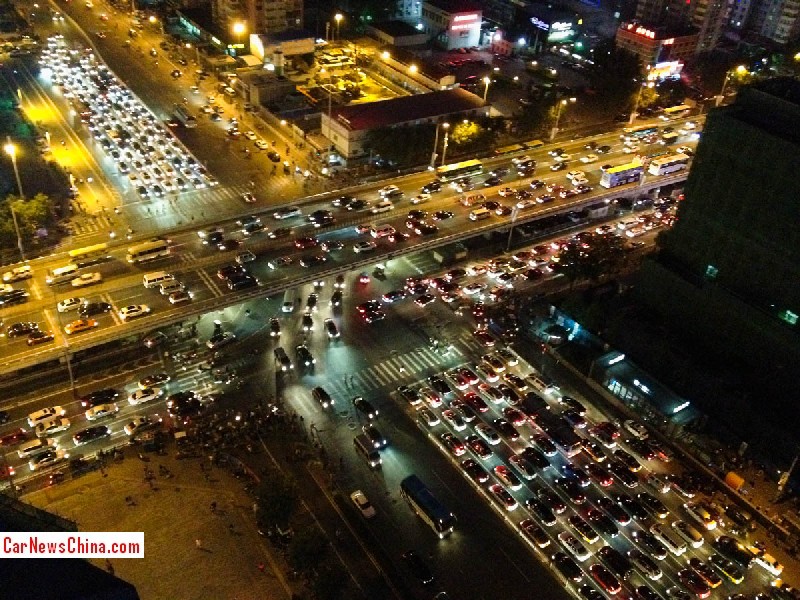 The Chinese capital Beijing continues its crusade against the car to reduce air pollution and traffic jams with new measures aimed at reducing the number of cars on the road by limiting the number of available license plates.

The number of plates will go down to 150.000 in 2014, down from 240.000 this year, and only drivers with a permanent Beijing-residence permit can apply. The number of applicants in the latest lottery, in November, was more than 1.74 million.

According to the capital’s license plate lottery regulation, only drivers who are permanent residents of Beijing or immigrants who have paid taxes in the capital for more than five years are qualified to apply.

The new policy will ensure that the capital will add only 600,000 new cars in the next four years, including 430,000 gasoline vehicles and 170,000 new-energy vehicles.

Under the system, potential car buyers have to participate in a lottery each month for a purchase permit. Those who don’t win have to re-enter in subsequent rounds.

Rong Jun, a senior official with the Beijing Municipal Commission of Transport, said the authority decided to increase the number of new-energy vehicles on an annual basis as it will take time to put in place the facilities such as charging stations that can support new-energy vehicles.

The capital will increase the number of charging stations available to plug in electric vehicles and will build the stations inside new residential communities to boost the vehicles’ popularity.

In September, the municipal government set a target of a total 6 million vehicles by 2017 in order to ease air pollution.

Car emissions have been identified as a major source of air pollution in the capital. The 90,000 fewer new vehicles annually starting next year is expected to help lower pollutants by 1,500 metric tons a year, according to Li Kunsheng, head of the vehicle emission management division with the Beijing Municipal Environmental Protection Bureau.

“As the city has no additional capacity to absorb further pollution, any variant that could aggravate air pollution should be strictly controlled,” he said.

Meanwhile, the city will adjust the license plate lottery system effective next year to give lottery applicants who have been applying for license plates for longer periods better odds of winning.

Also as of next year, the license plate lottery system will take place every other month rather than monthly.

According to the new regulation, applicants who have taken part in 24 or fewer rounds of the lottery will be given the lowest chance of success. The total number of such applicants is estimated to be more than 1.45 million.

Those who have participated in 25 to 36 rounds will be given twice the odds of success, and those who have taken part in 37 to 48 rounds will have triple the chances of winning. The odds will continue to improve the longer the buyer goes without winning.