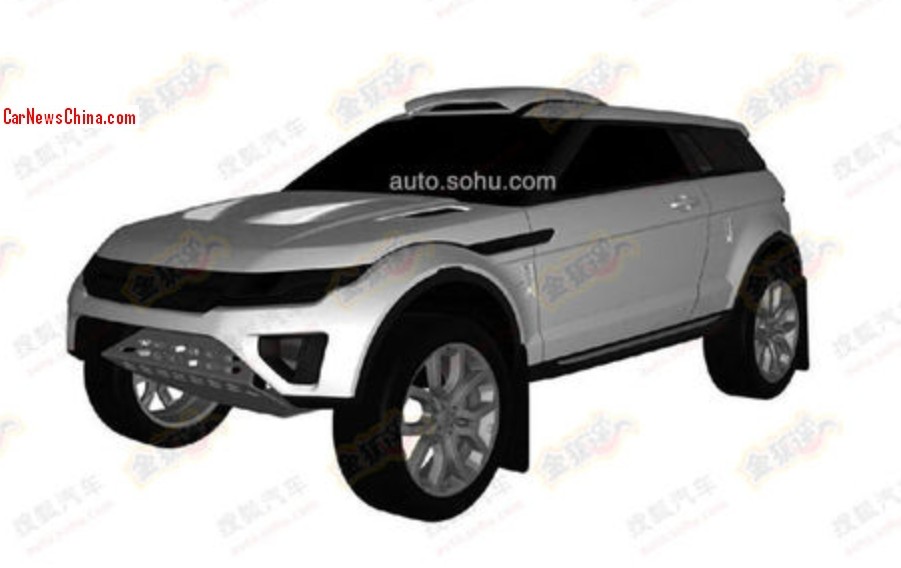 Leaked images from the Chinese patent office show a very rally-racy variant of the Range Rover Evoque, standing high on its giant wheels with air vents in the bonnet and a large air intake on the roof. Speedy car, but what it is exactly is unclear. The vehicle seems similar in concept to the Desert Warrior 3 Dakar special that was build by British outfit RaBe Race Cars. 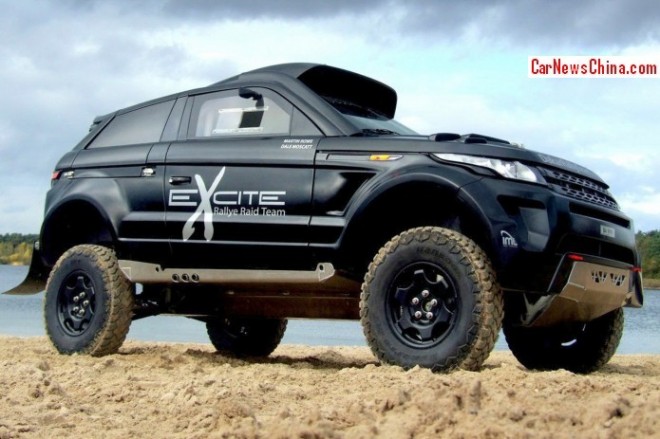 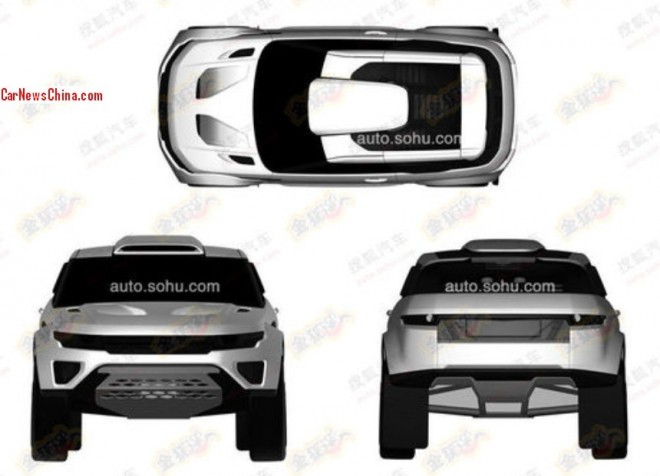 It is possible  that Range Rover is readying a special edition of the Evoque for China. The Evoque is hugely popular but sells mostly to women. A rally-style version could work well appealing to speedy young men.  It is also possible that this is a concept car for an auto show. The first major show in China is the Beijing Auto Show in April. 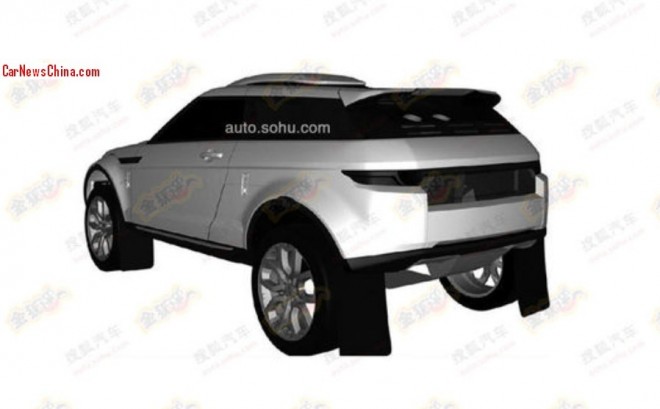