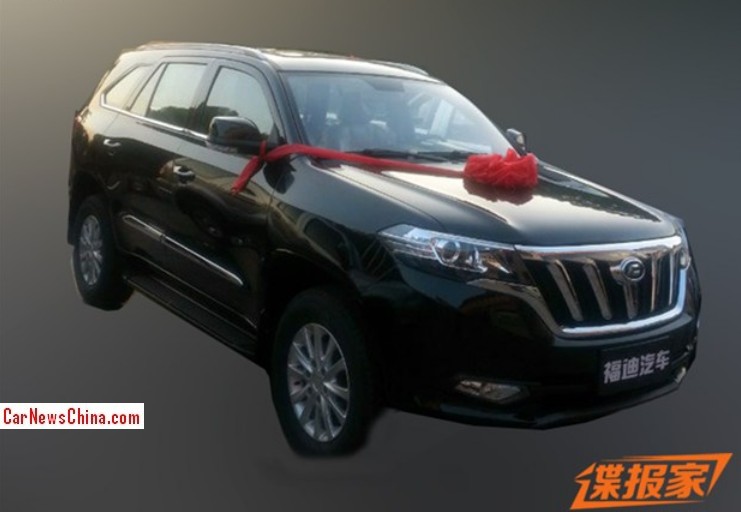 New spy shots of the new Foday SUV. Decoration on bonnet indicates the vehicle was spied on an official presentation of some sort. The new Foday SUV, designated NHQ6480, will debut on the Beijing Auto Show in April and will be launched on the China car market around the same time. 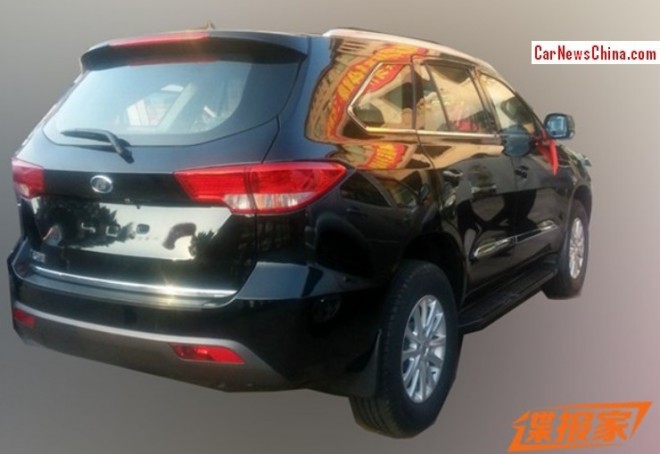 The new SUV is Foday’s biggest so far and will be positioned above the Explorer 6, it will likely be called Explorer 8. Power will come from a 2.4 liter petrol engine with 136hp and a 2.5 liter turbodiesel with 109hp. Rear-wheel drive will be standard and four-wheel drive optional. Price will start around 130.000 yuan. Cheap ‘n big SUV’s like this are still very popular in China, especially in second and third tier cities where size still matters most.